It's now late December; the weather has been dismal,
dull, grey, and wet.


On the odd day when the sun has showed, there have been some glorious sunsets, like this one over the garden. 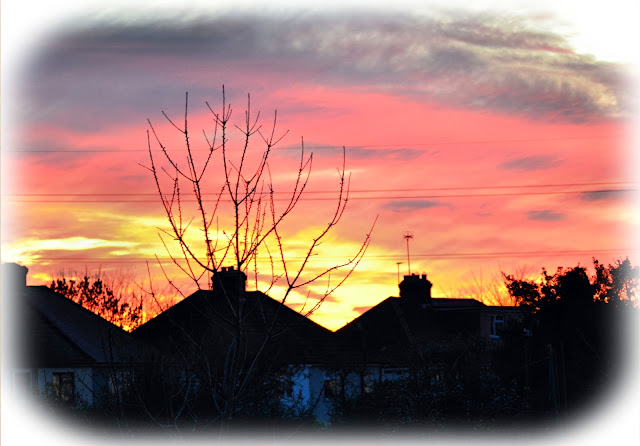 House sparrow numbers seem to have dwindled from those recorded during the summer months,


A  Male Sparrowhawk has been seen twice this month, once making an abortive attack on  a Parakeet, the second on a Starling, both occasions when I have been tree trimming, which makes me wonder whether I am being used as a diversion tactic. May also be the reason why there are not many sparrows around the garden.

Other absentee's are the Goldfinches, the Niger feeders remain untouched all month.

Starlings on the other hand remain in good numbers feeding on apples, fat-balls, and peanuts. 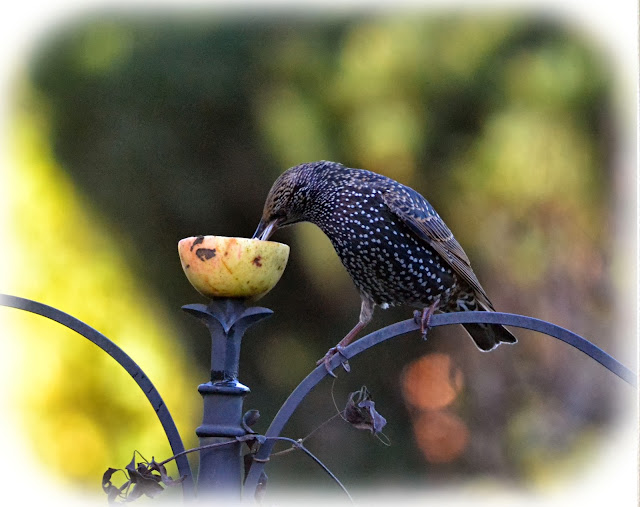 A pair of Blackbirds coming to the garden regularly now, did not breed in our garden this year.

Strange but true,
On returning from my late evening dog walk, at 10.30pm in total darkness, I made my way to the garden,
as the security light came on I was startled as Blackbird flew over my head and flopped into the ivy behind me where it remained for some time, I had obviously disturbed it feeding from a nearby bird table, but in total darkness.
I have heard Robins singing late into the night but never birds feeding. 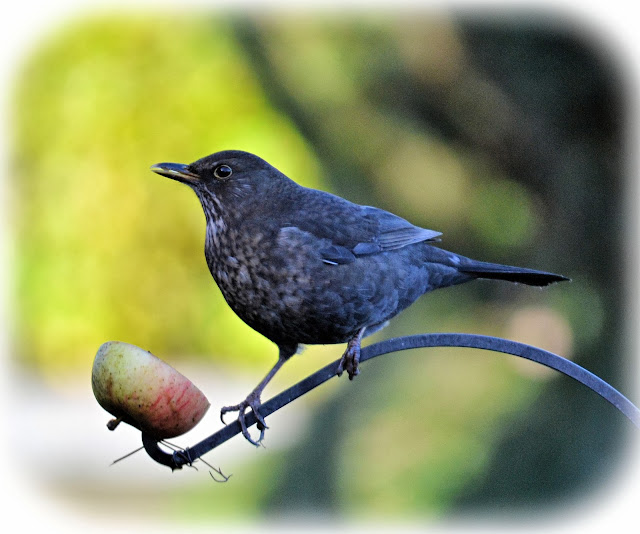 Robin has been seen most days, usually skulking around the fish pond undergrowth 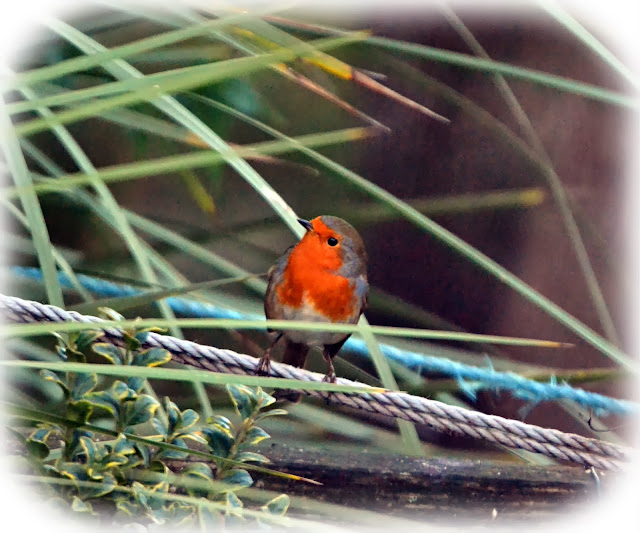 A pair of Magpies have been coming to the garden lately, one of which has become rather partial to the fat balls,  which it has discovered it can just reach from a strategic perch. 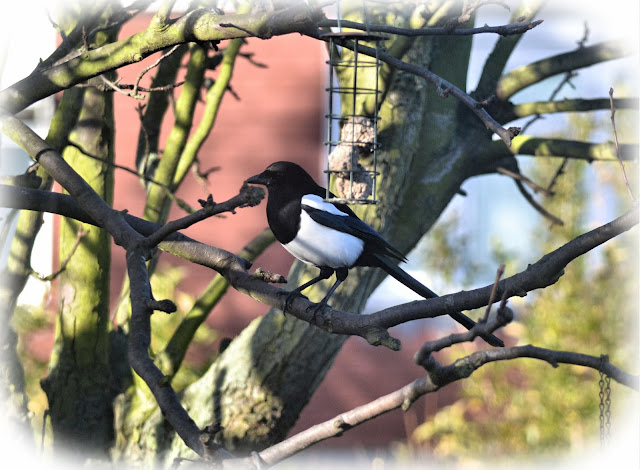 As you can see from the following photographs a very varied diet, very acrobatic and very watchable 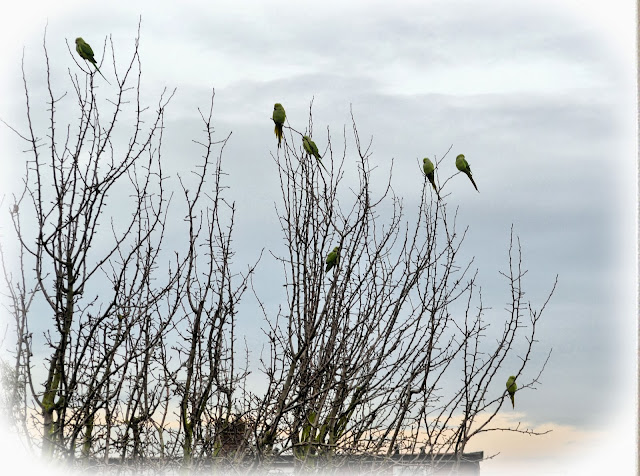 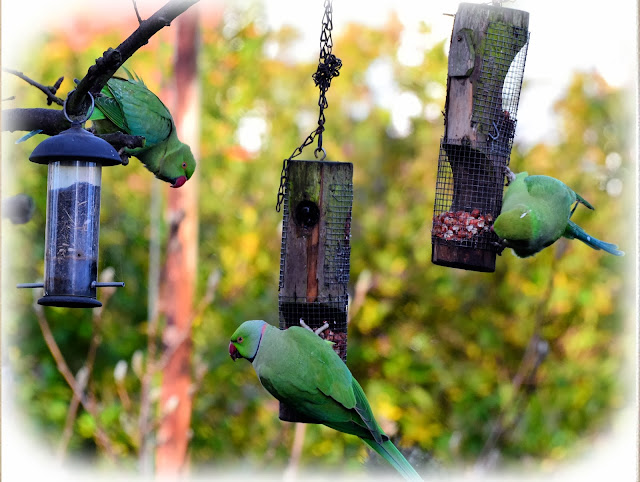 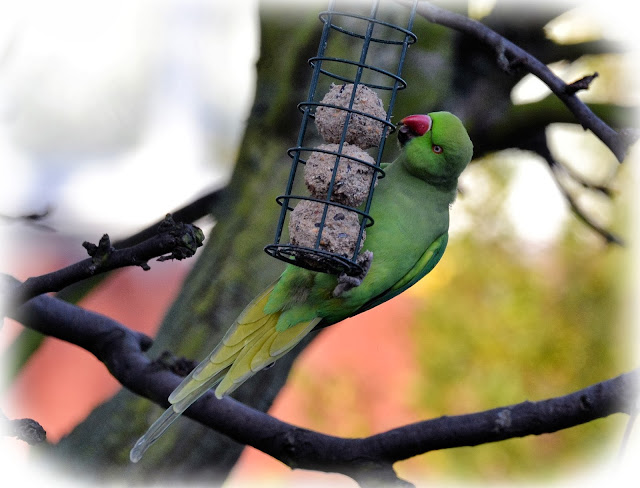 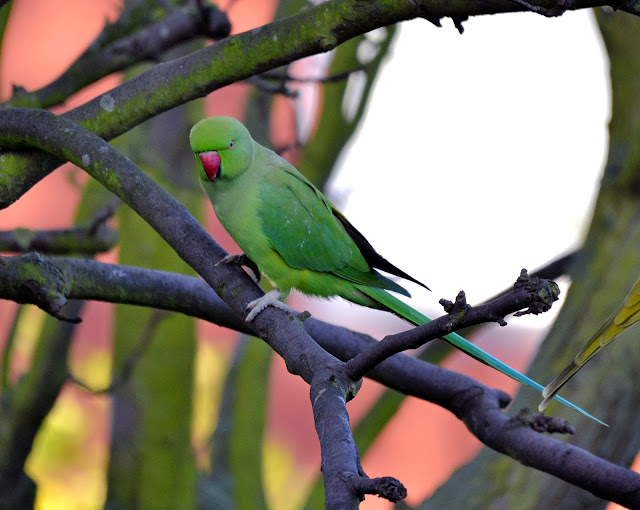 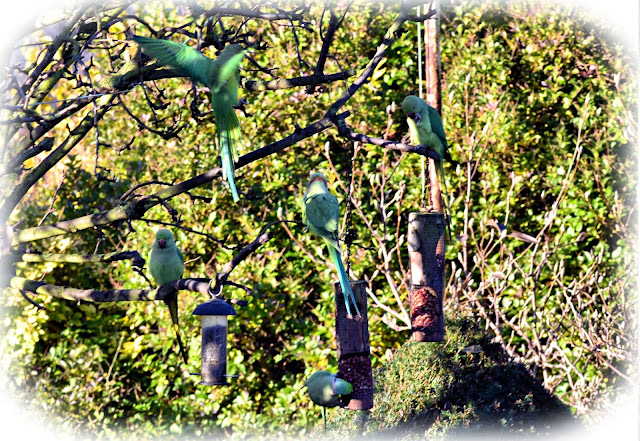 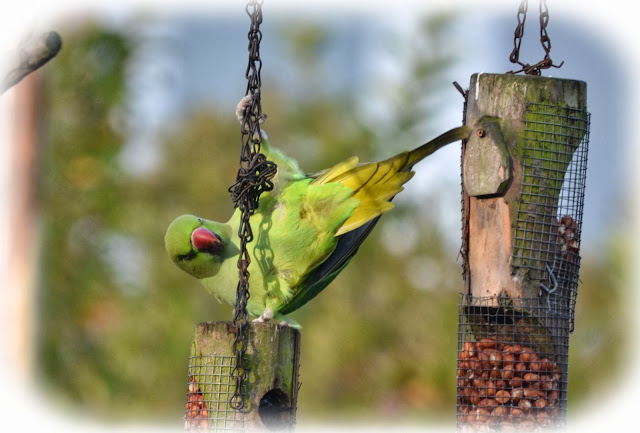 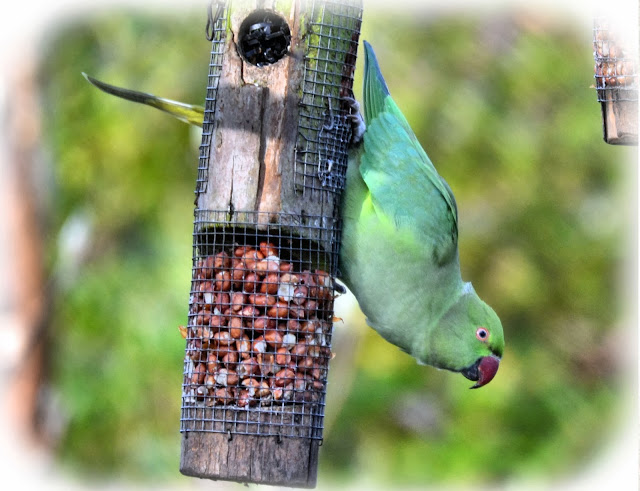 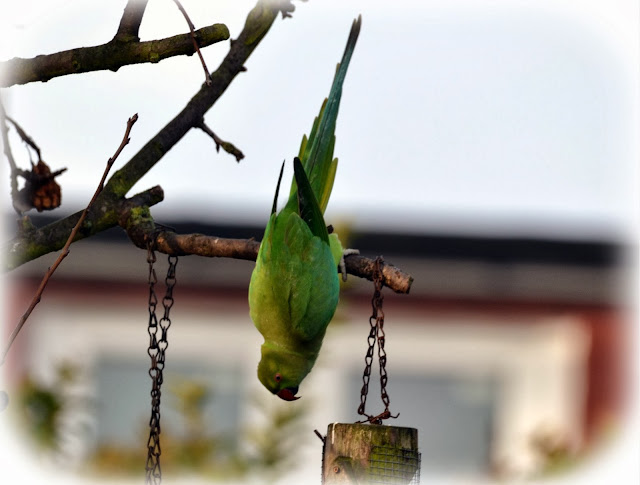 This parakeet was taking peanuts from the feeder, it would then fly to a branch, hold the peanut in its claw and slowly enjoy its prize.

Finally
What a difference it makes when the sun is shining !! 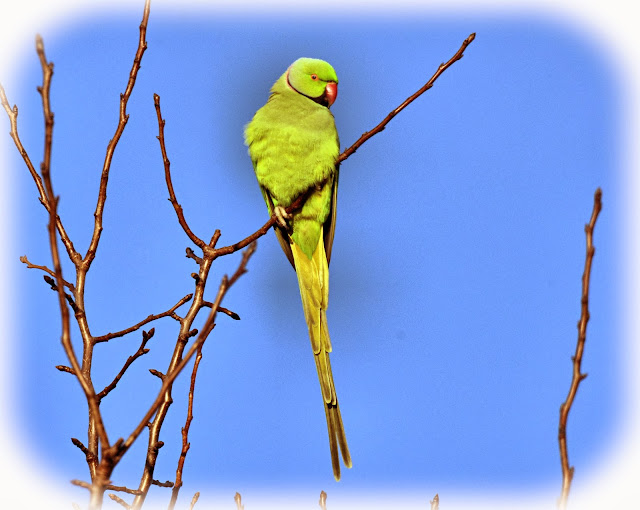