As Autumn finally gives way to winter, the last remaining leaves of the pear tree have been stripped away by winter storms, the garden looks quite stark, flowers have faded, insect life is non-existent.

Migrant birds have left for sunnier climes, our resident garden birds have to eke out an existence in suburbia until  the return of spring.

But if you take the time to look, and I have plenty of time,
there's always a special moment or two.

So with camera in hand, I have tried to capture some of those special moments, these photographs have all been taken through the glass window, I would like to say that this has affected the quality, but all my photo's seem to have a fuzzy look about them, so I can't use that as an excuse.

I have moved one of the sunflower heart feeders closer to the house in the hope that the birds would follow, I have not been disappointed and recorded eight species of bird using this feeder so far, here are some of the highlights. 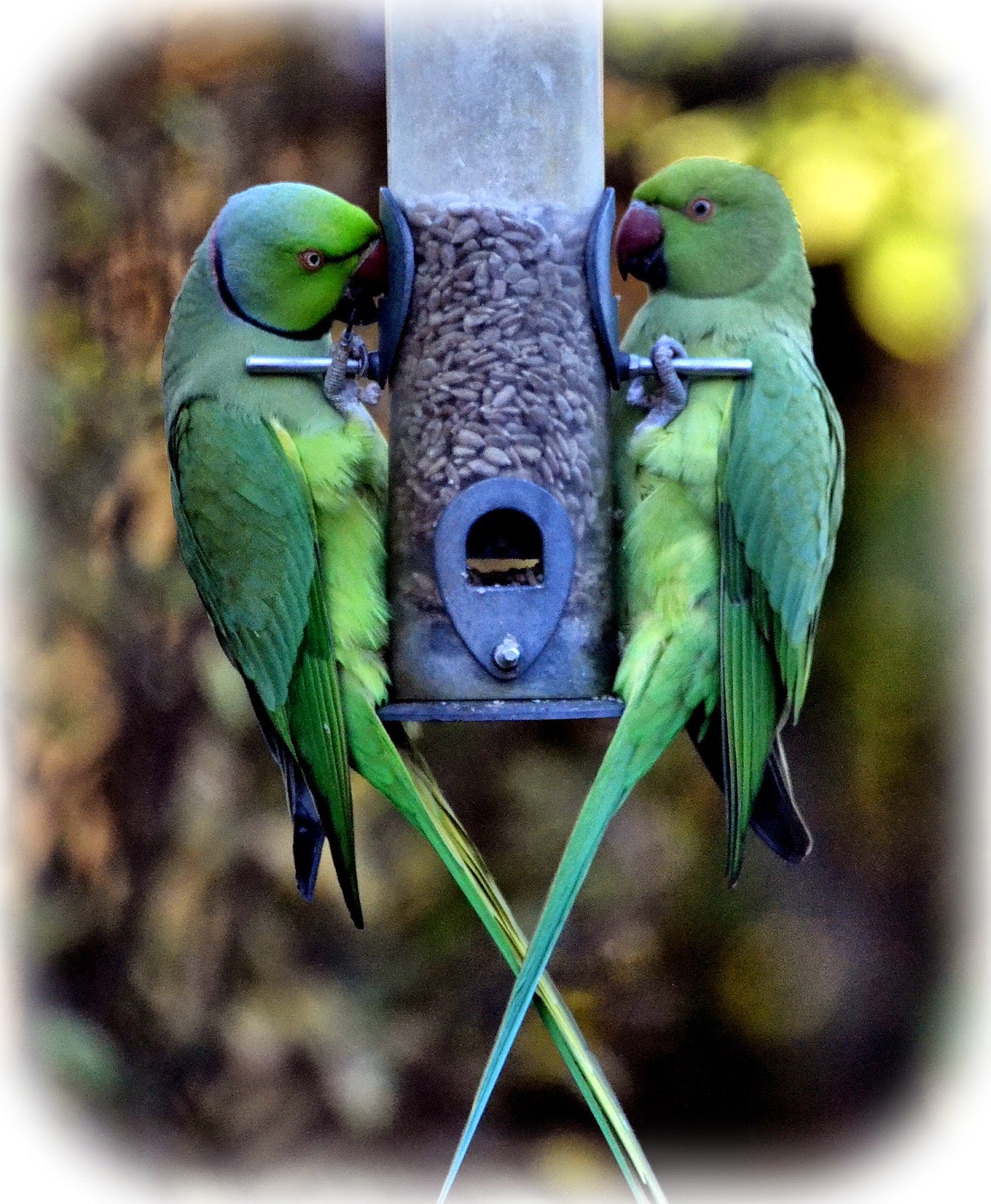 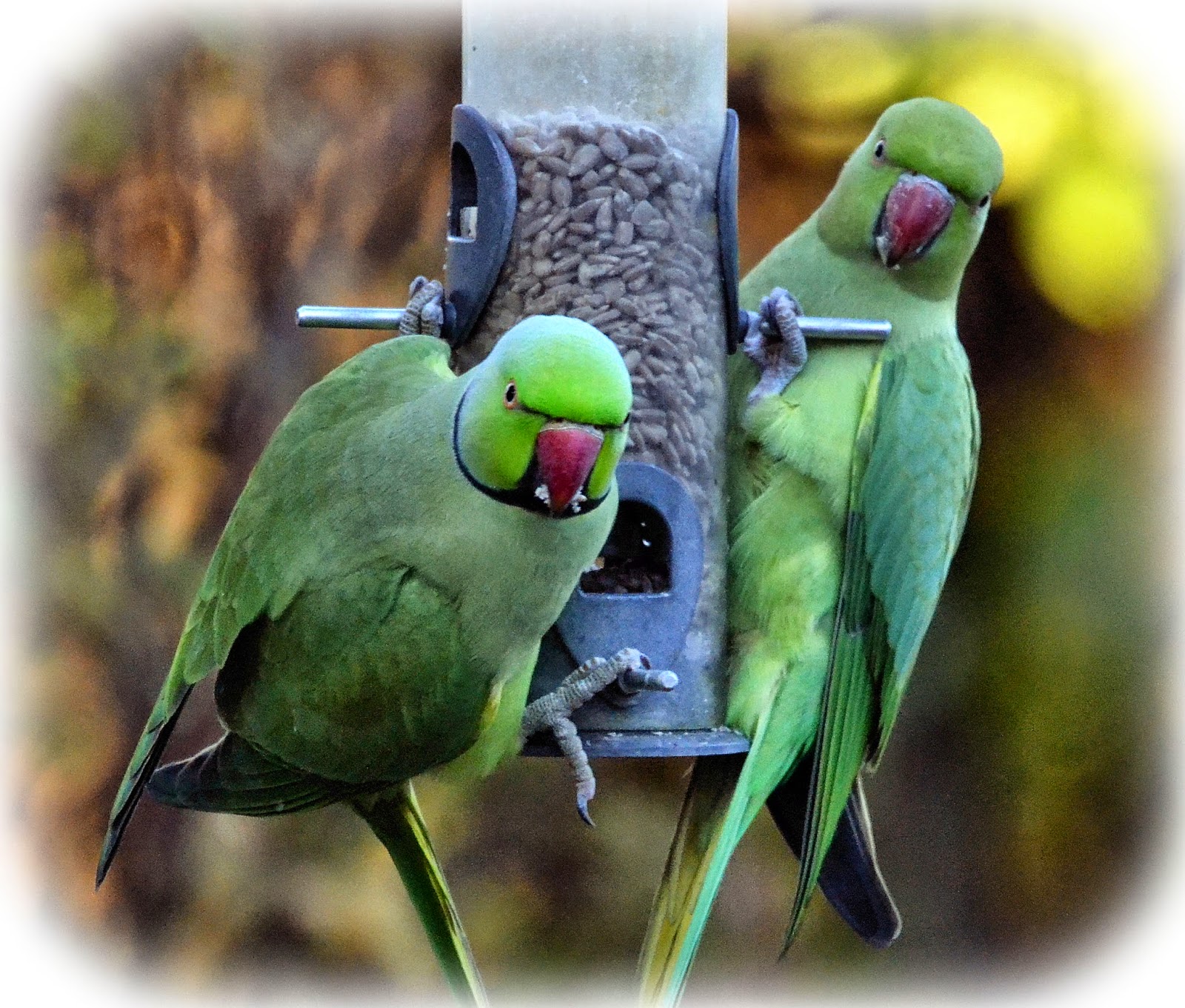 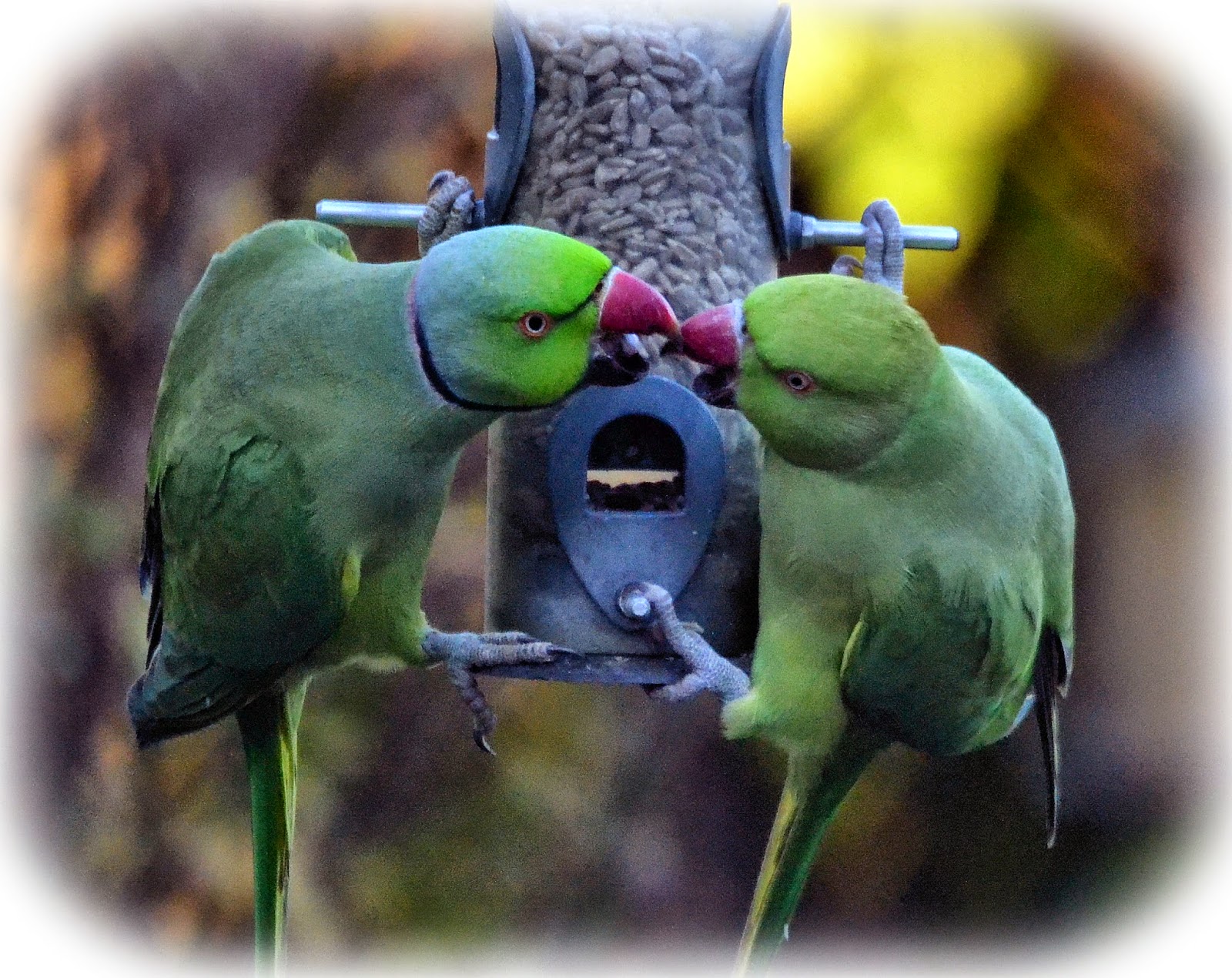 The Ring-Necked Parakeets usually feed on the pear tree on the peanut feeders, but even these have overcome their fear and feast on the sunflower hearts, close to the house.
This looks like a pair, the male being the bird on the left with the  Ring neck.


Finches have been represented mainly by Goldfinches,Chaffinch and a single juvenile Greenfinch. 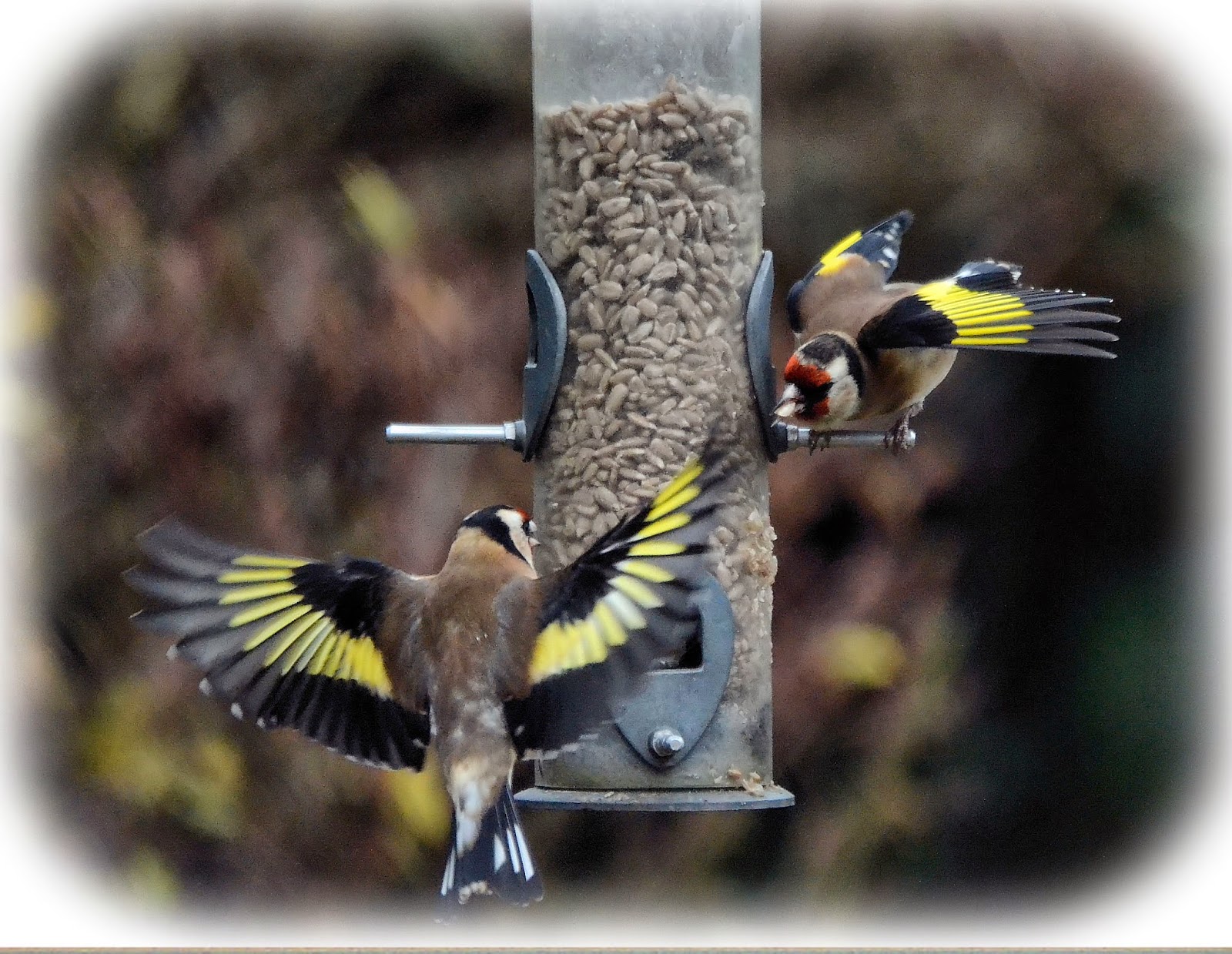 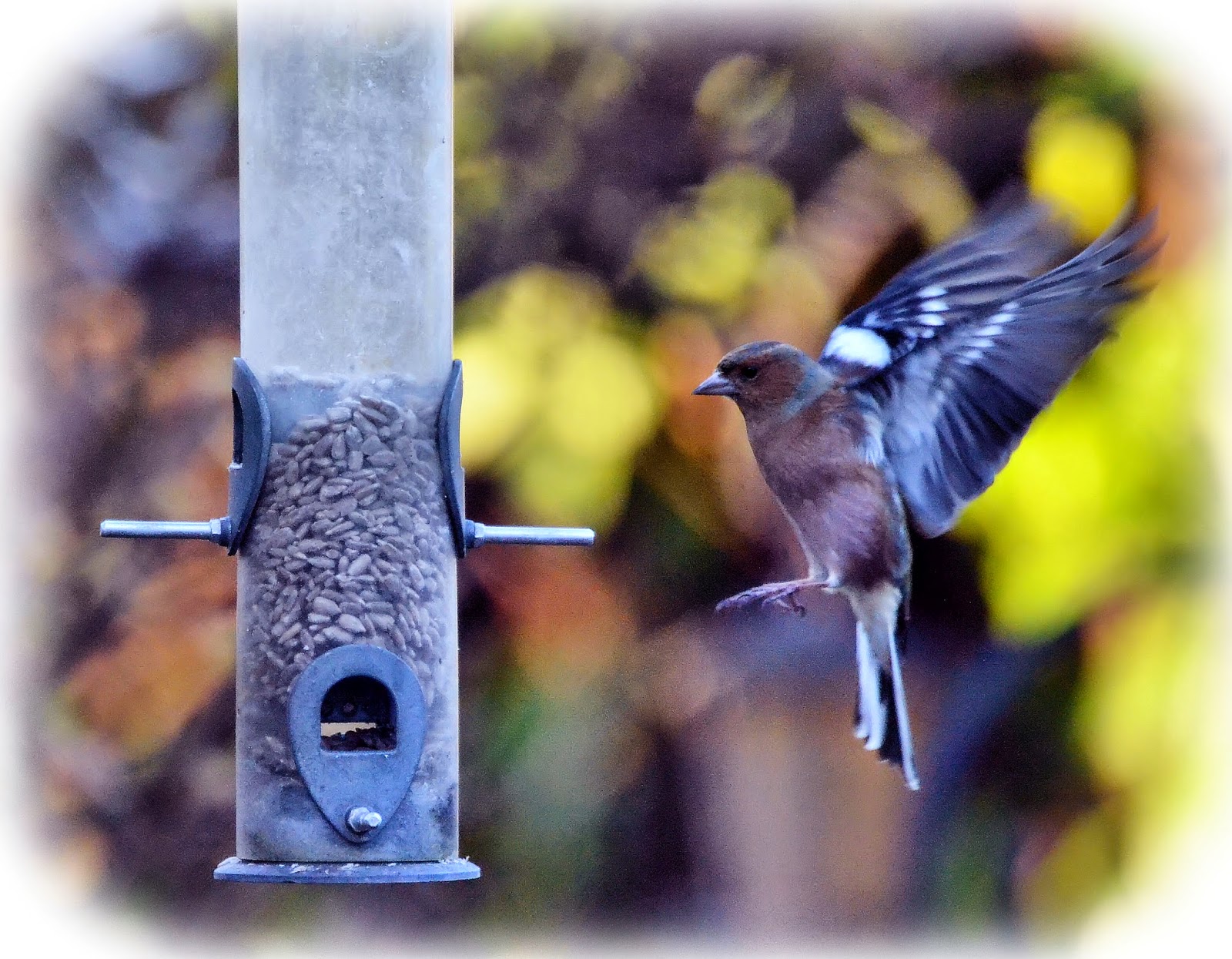 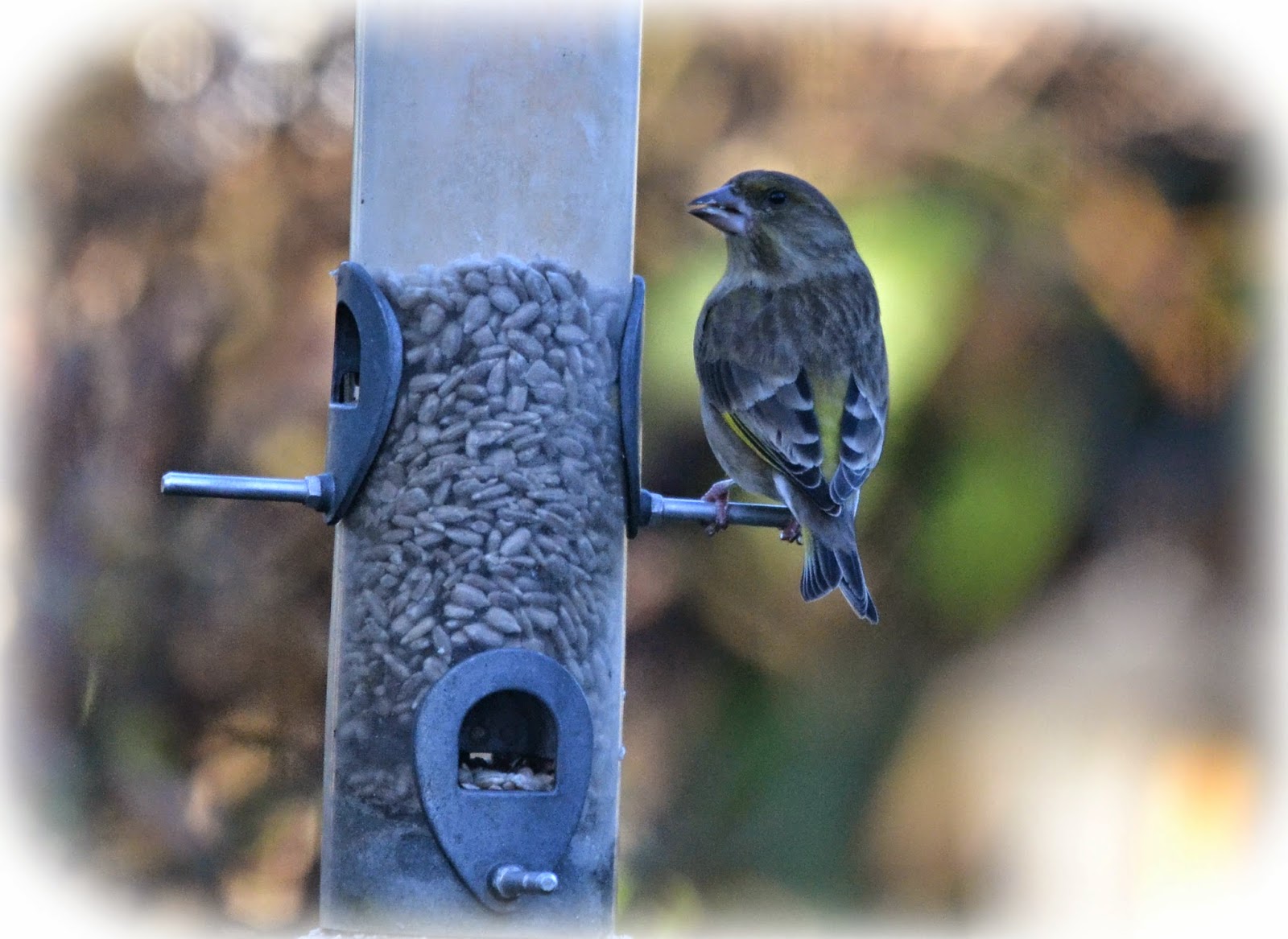 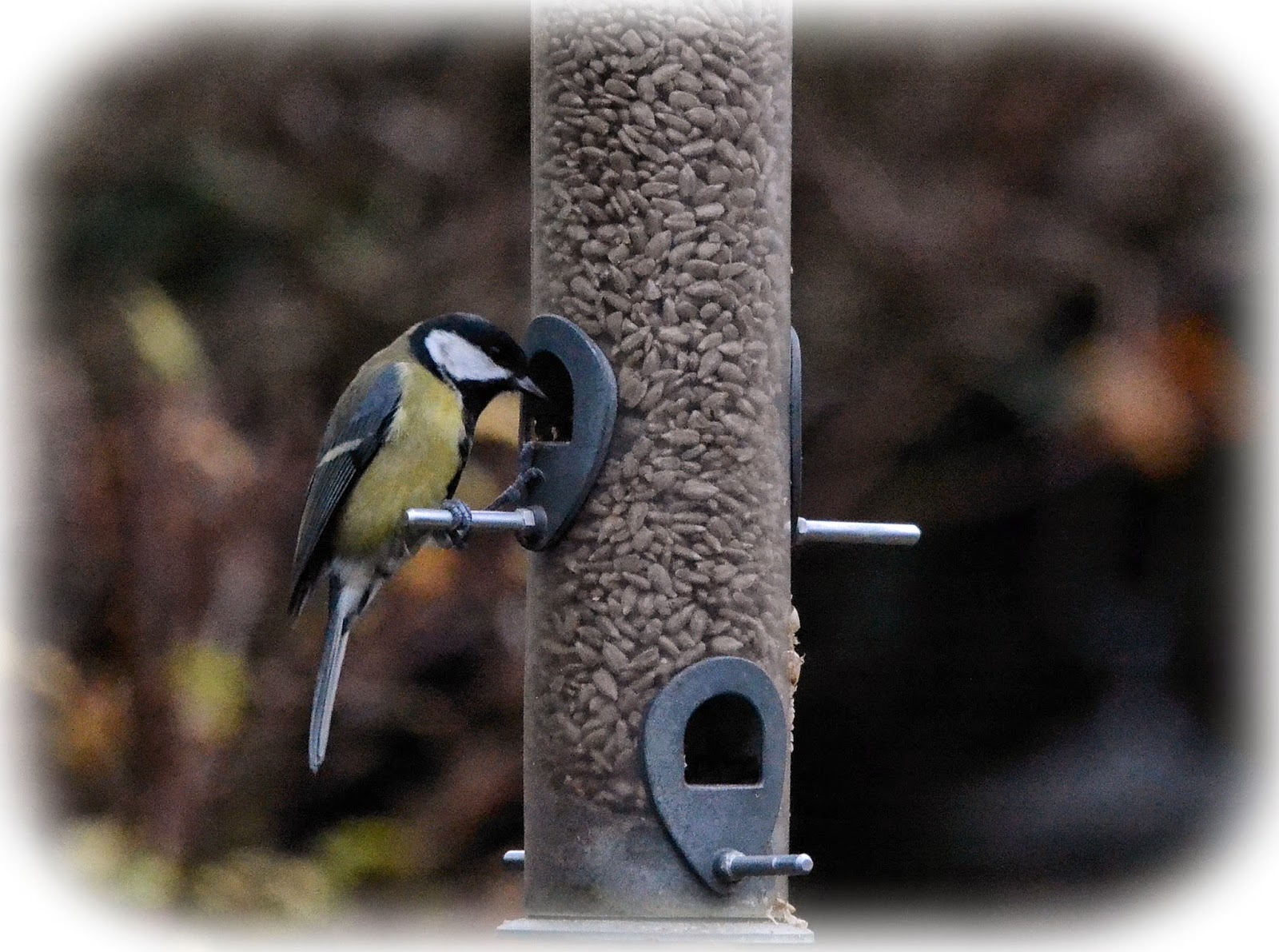 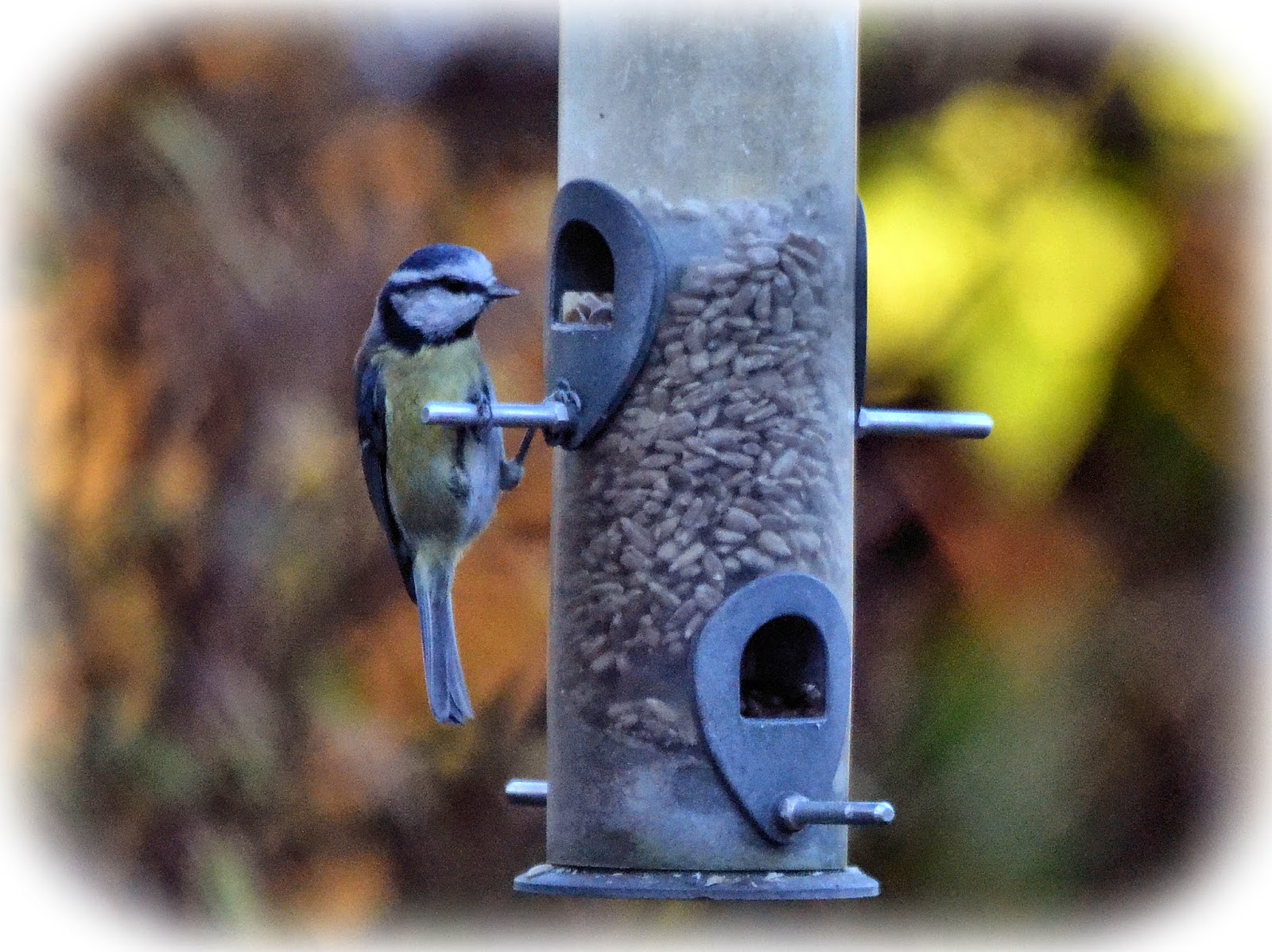 This Robin was also interested in the sunflower hearts. 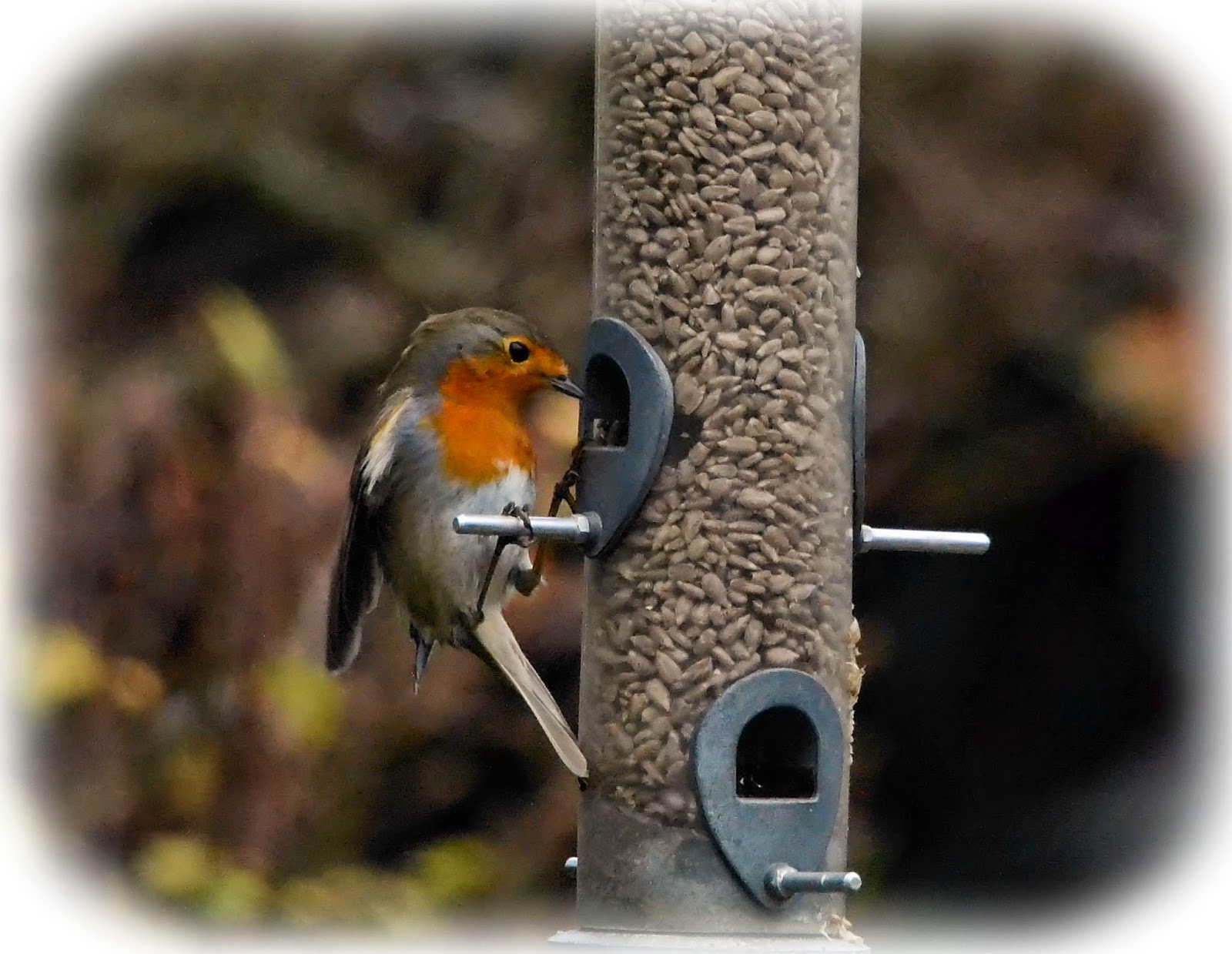 And the eighth species so far on this one feeder was the humble House Sparrow. 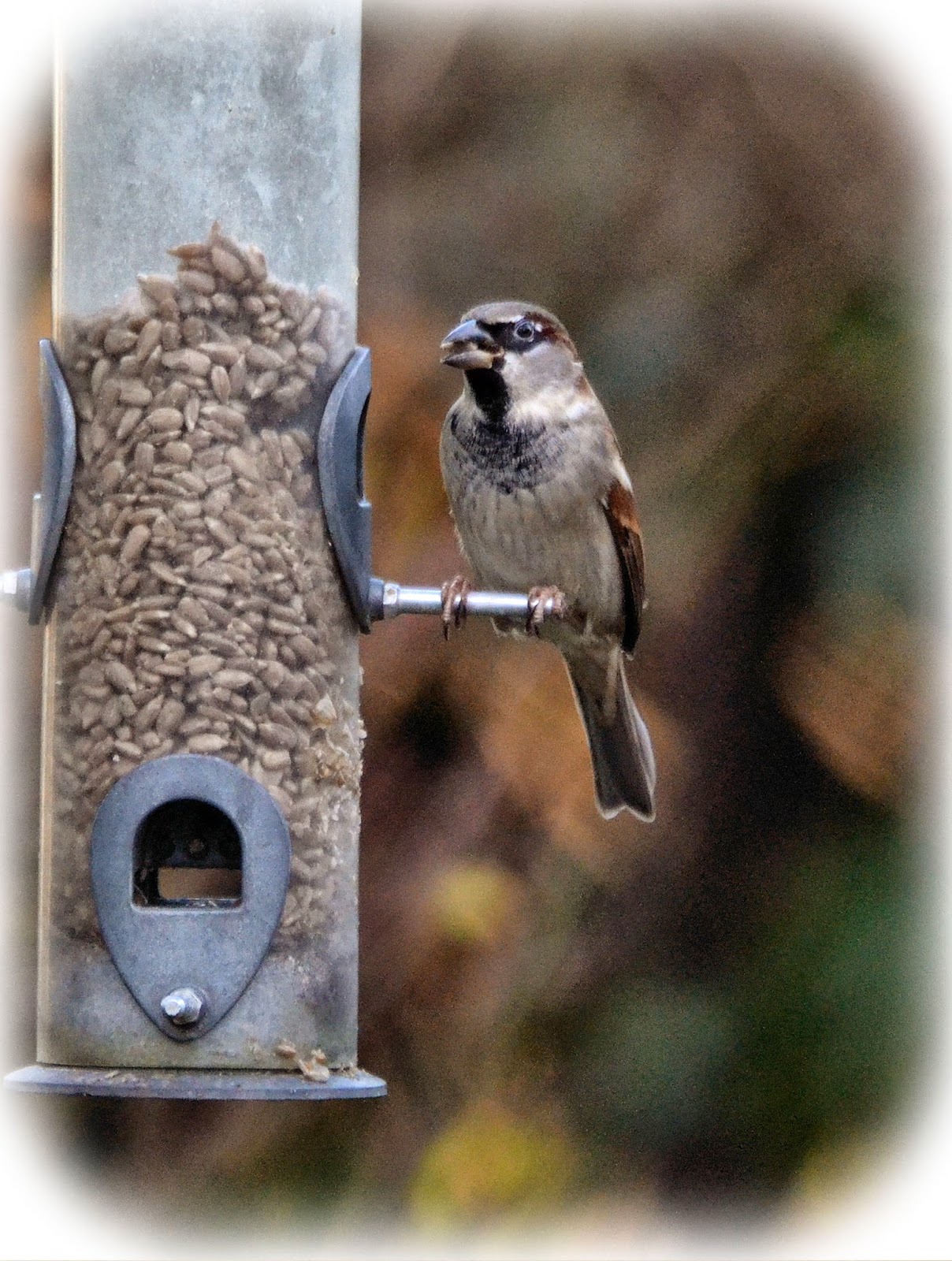 Other birds noted so far this winter are all as expected,
Collared Doves, Wood Pigeon, Jay, Magpie.
A male Blackbird has returned to the garden after a long absence seen skulking around the shrubs, seems keen on the few remaining ivy berries. 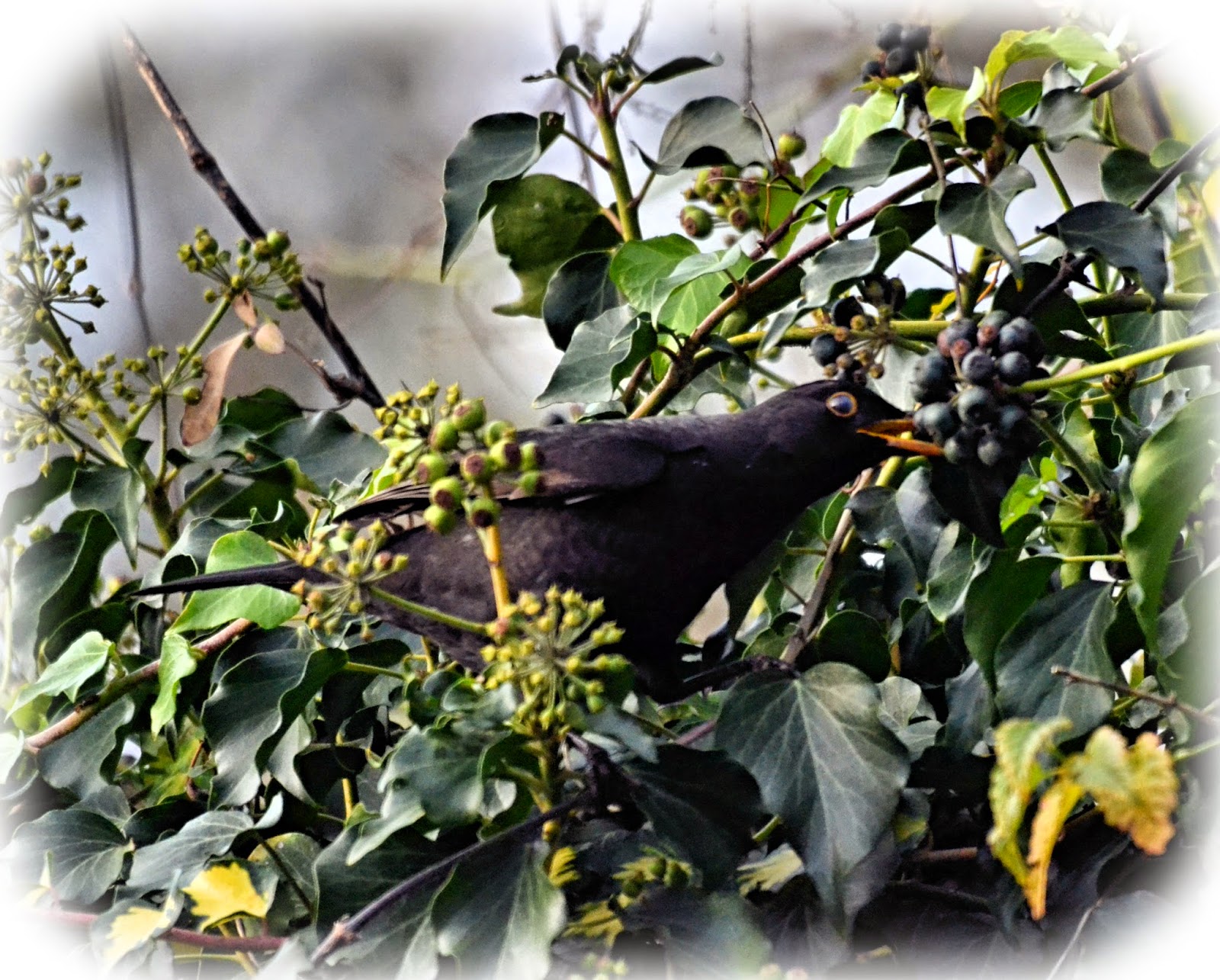 The Great Spotted woodpecker has been seen on a few occassions 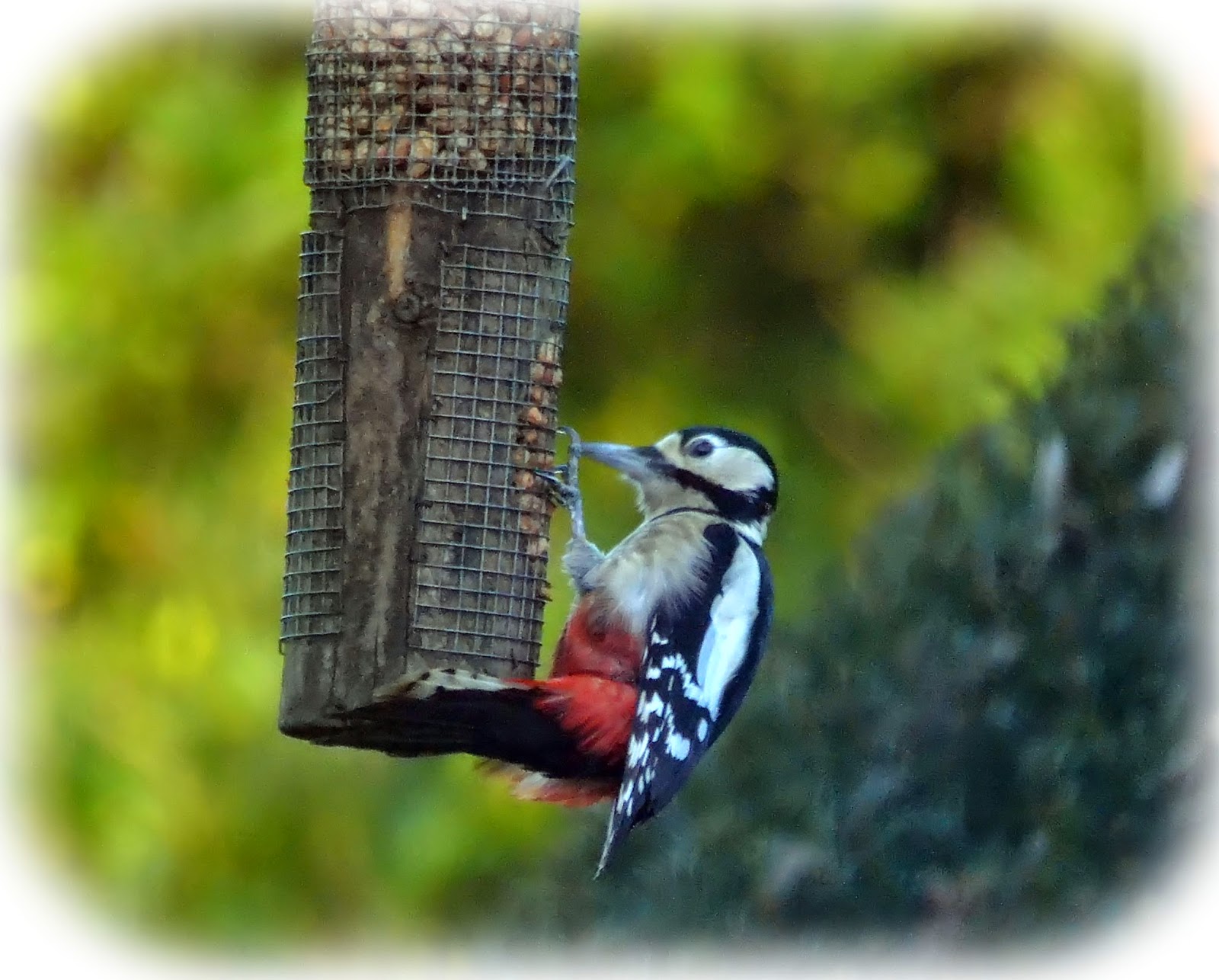 Fruit is also a good draw at this time of year. 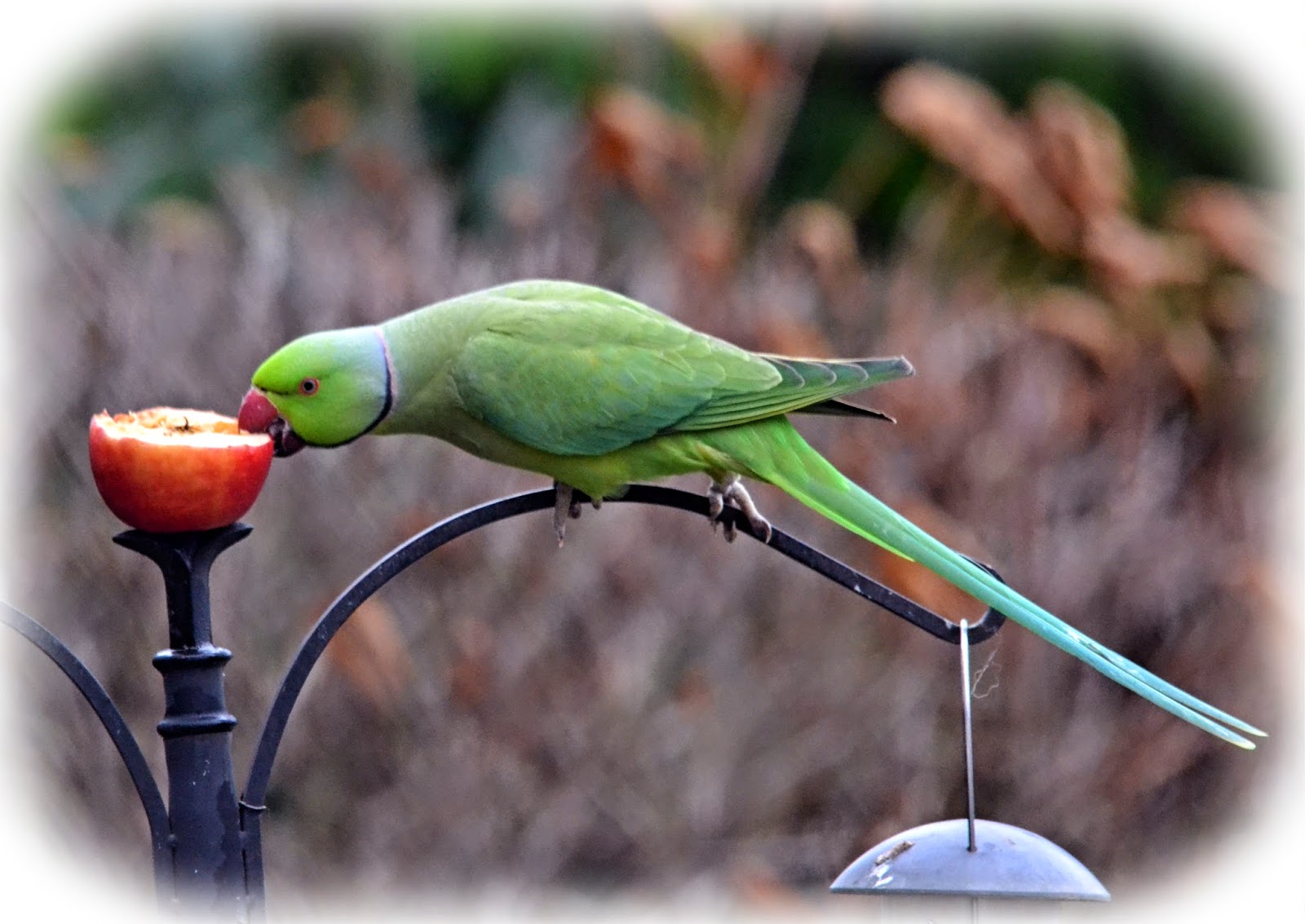 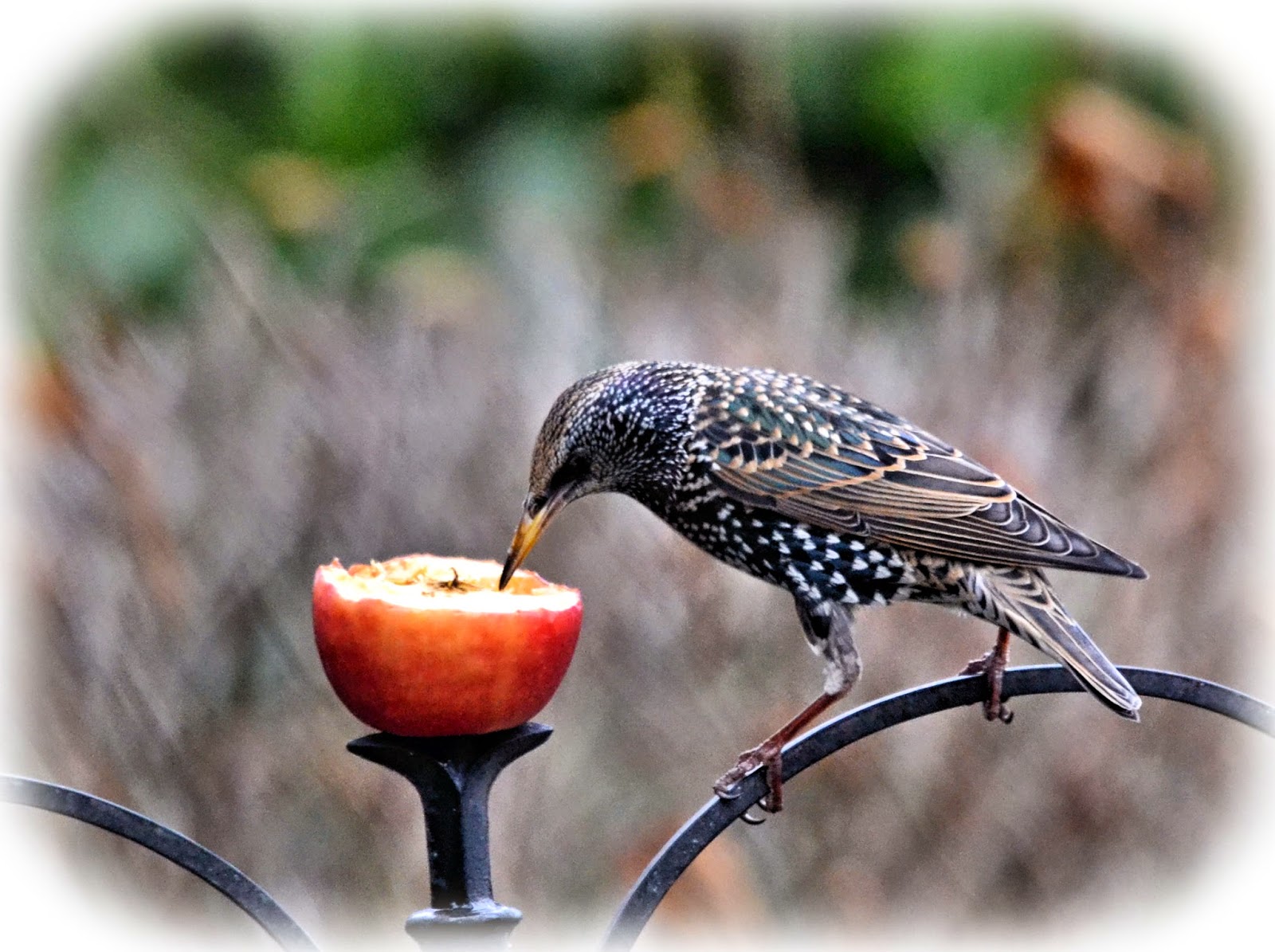 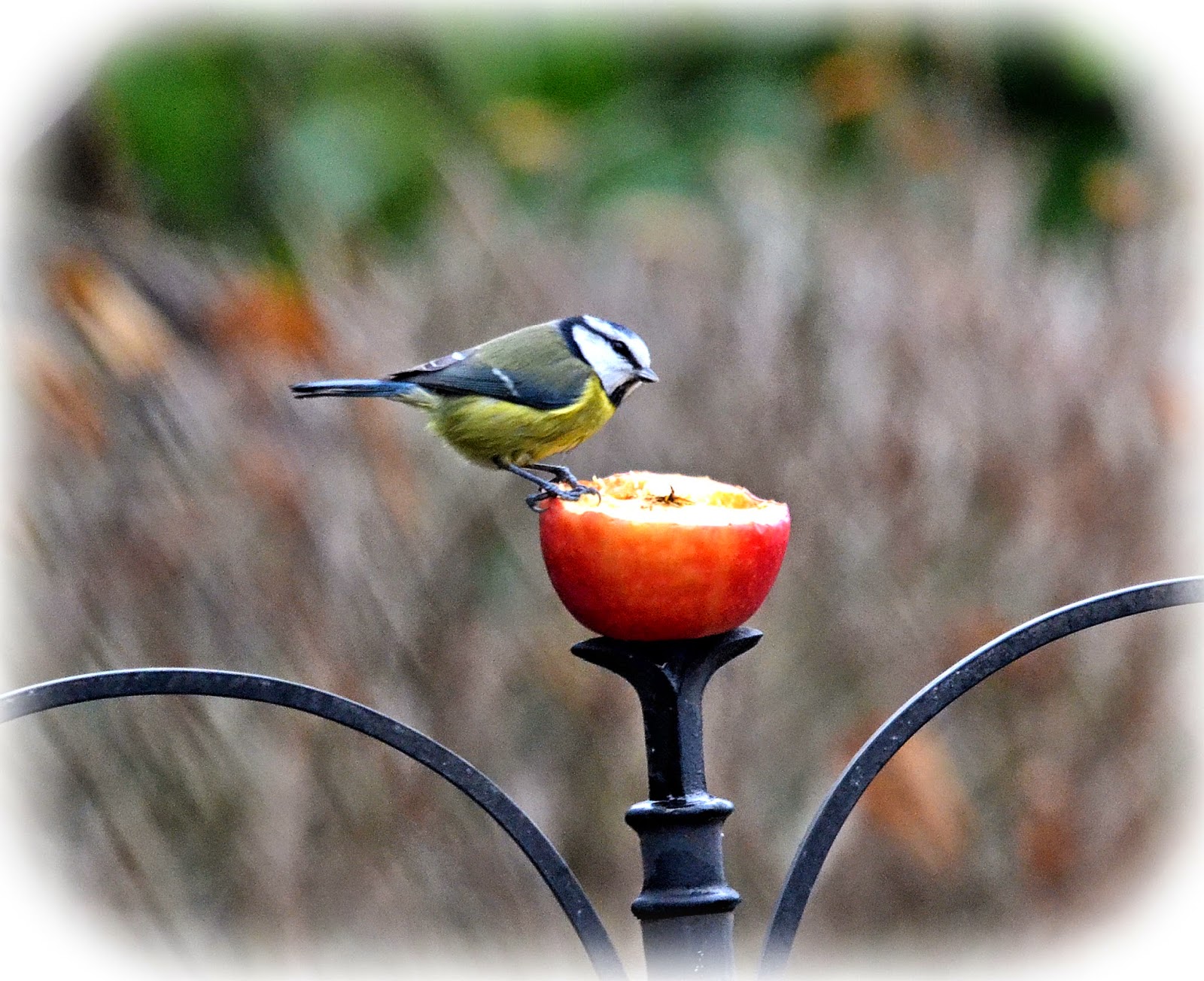 As I was watching the feeders, I suddenly realised  I was not alone,
I was joined by this very handsome male Sparrowhawk. 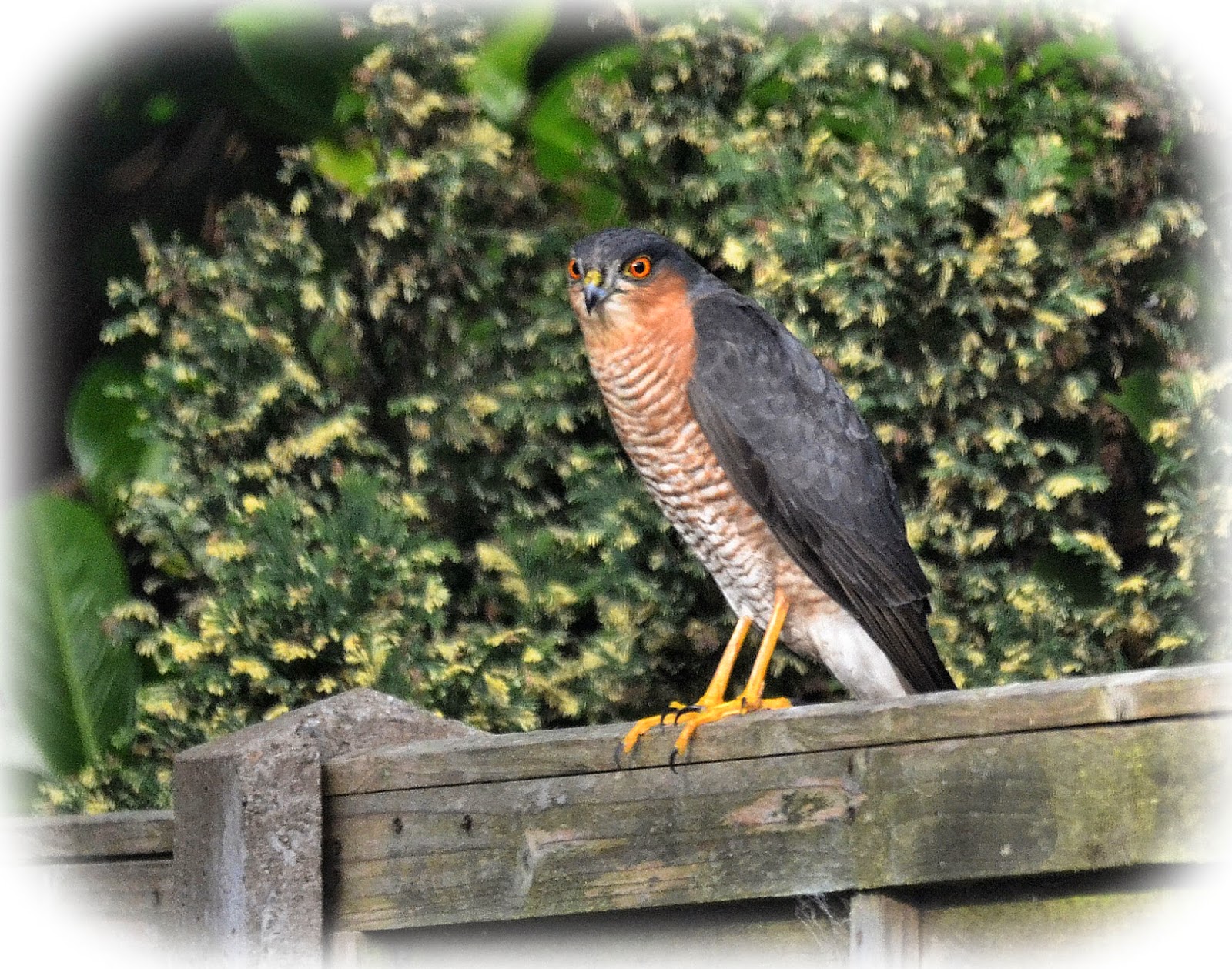 Unsurprisingly, that brought an abrupt end to the session.
Posted by Merlin52 at 08:42 No comments:

This water Rail was the highlight of my walk around Rainham RSPB.
I just caught sight of this bird making its way down a recently cut channel in the reed beds, just past the Ken Barrett hide. 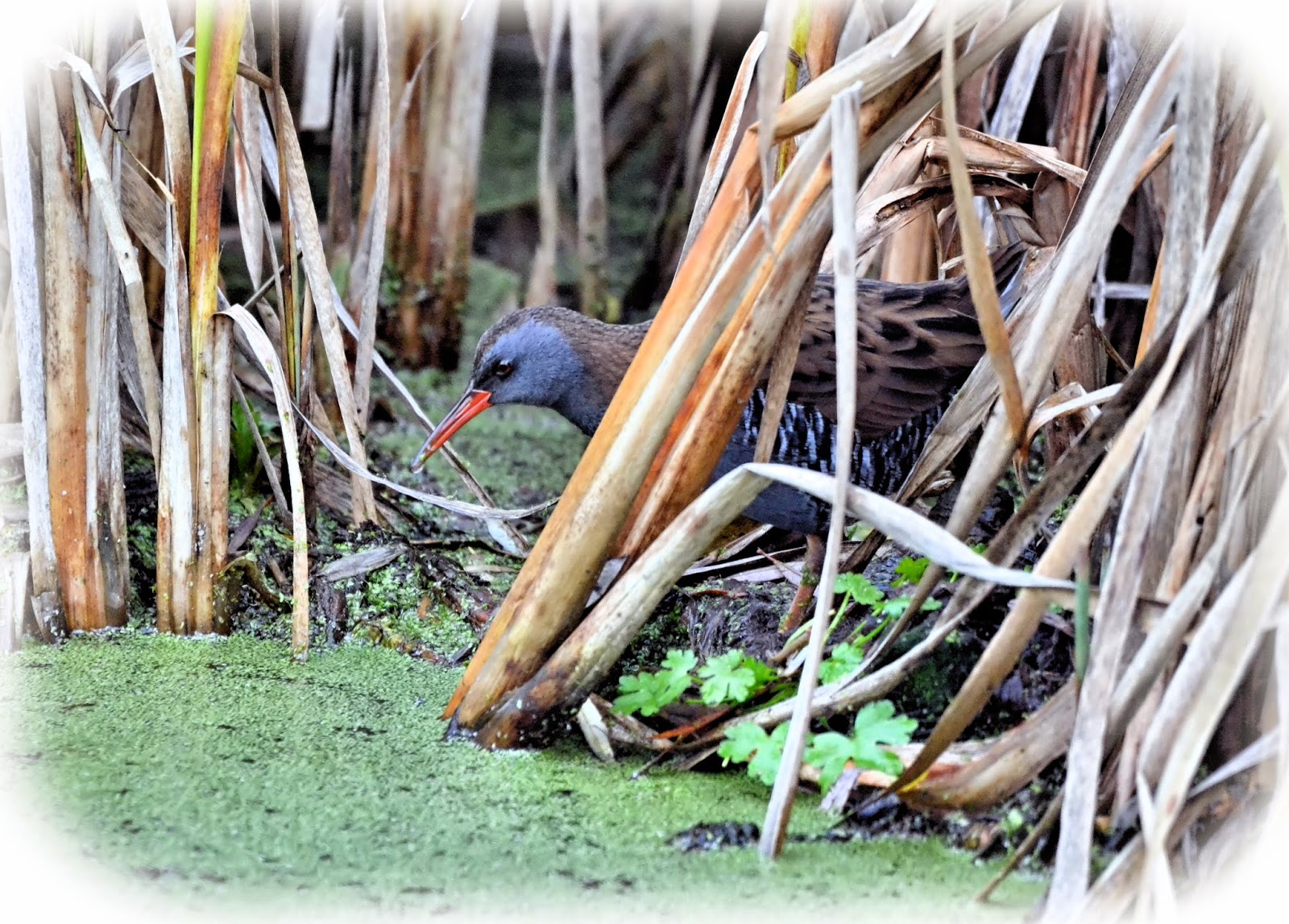 The Water Rail, described as a common water bird, in reality is a very secretive water bird, heard more than seen.
Its main call  a series of grunts followed by a high-pitched piglet like squeal and ending in more grunts is known as 'sharming'
This is usually a territorial call, alarm or announcement.
Once heard not forgotten. 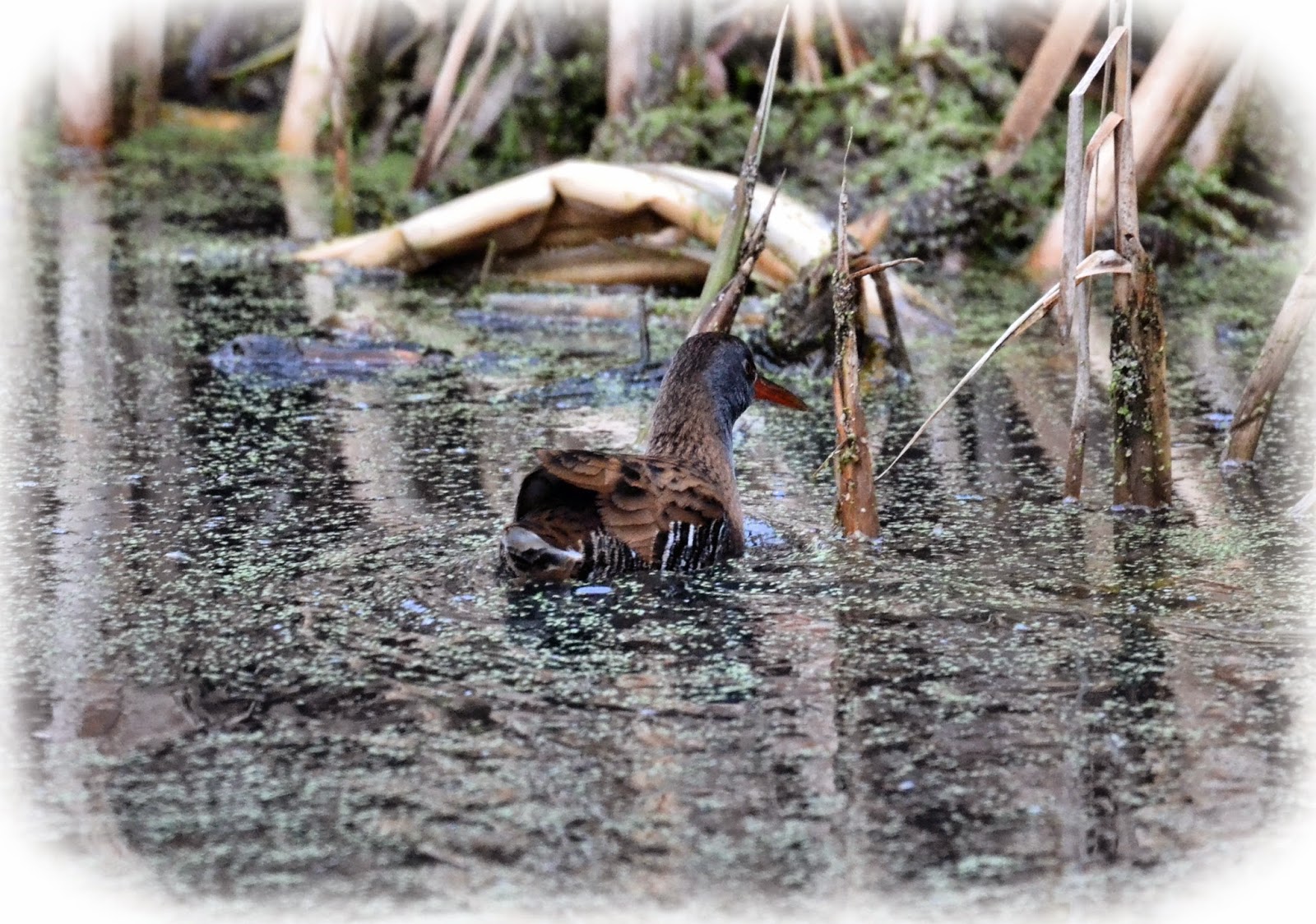 I moved on to the woodland and spent some time at the woodland feeding station, always something to see, with lots of photographic opportunities. Todays viewing seemed dominated by Blue Tits and Great Tits with a few  other common woodland birds and creatures making an appearance. 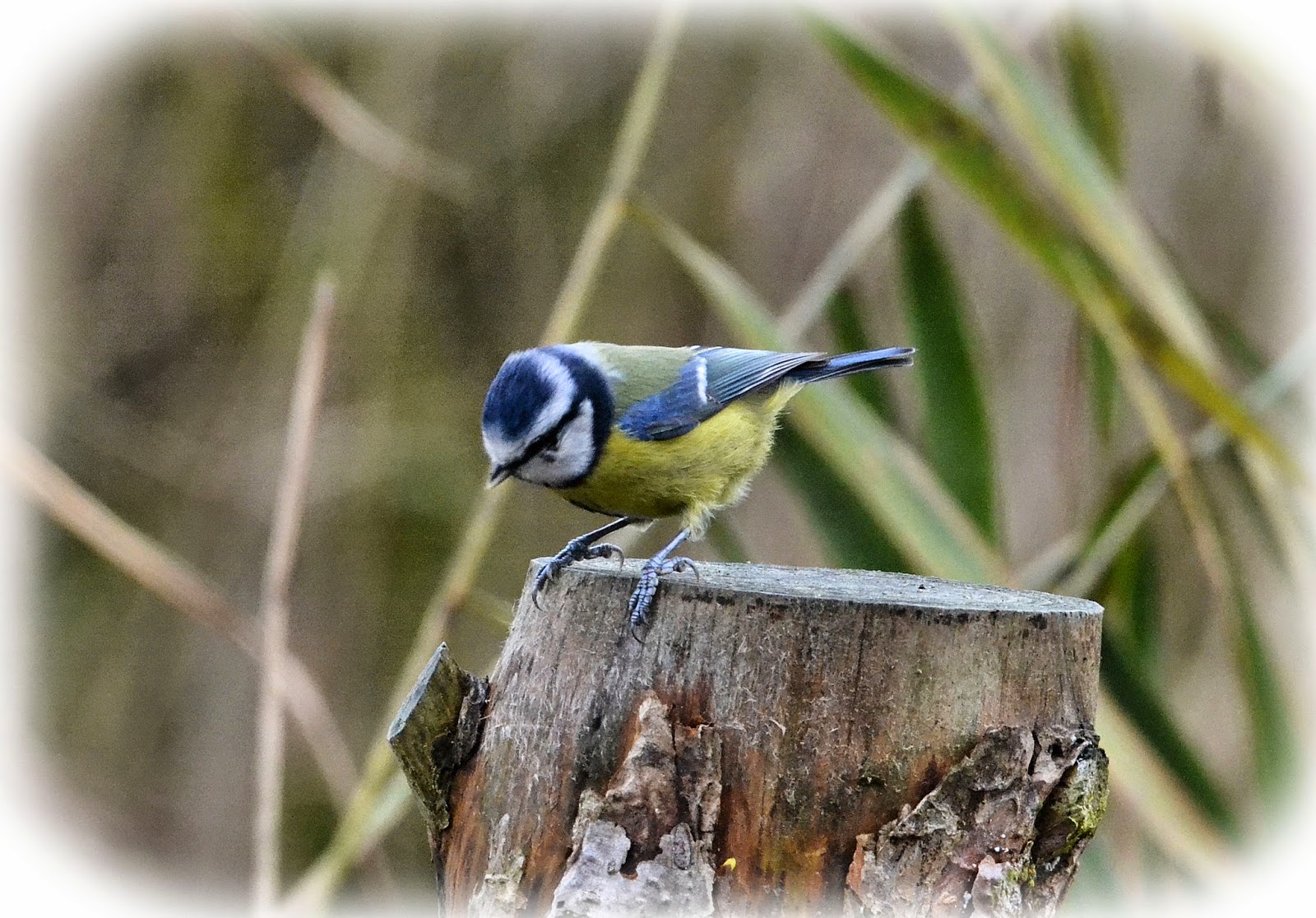 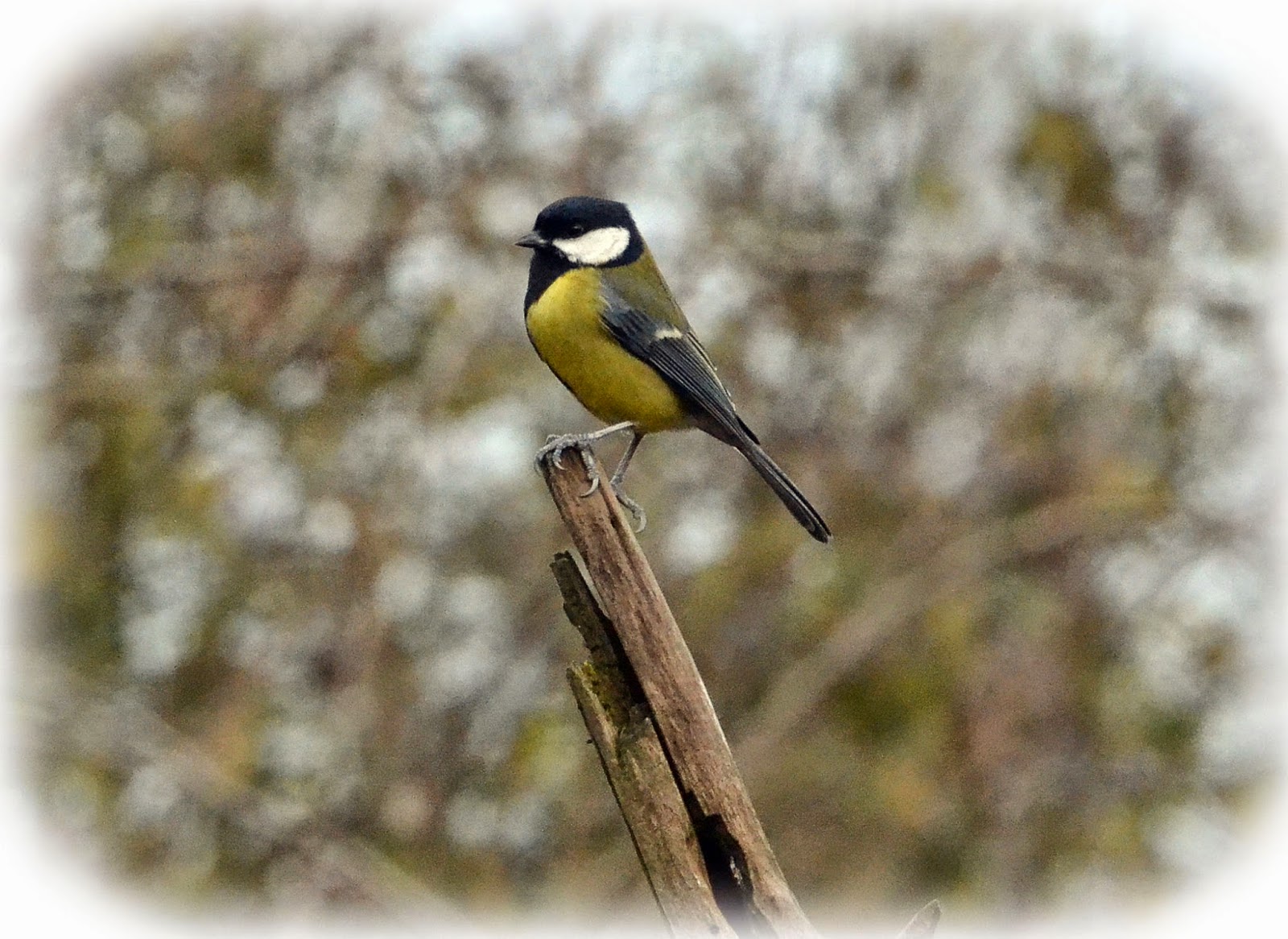 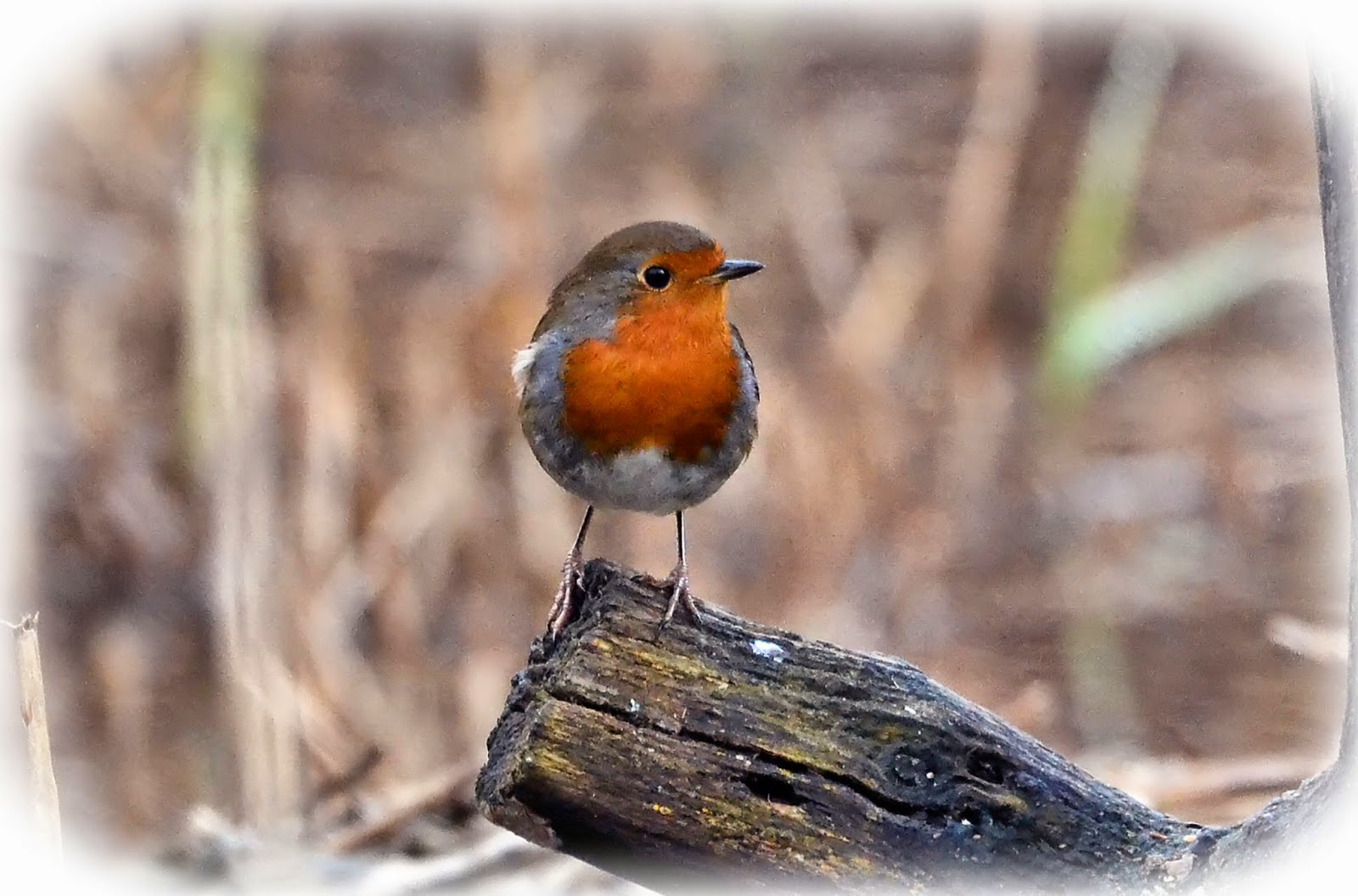 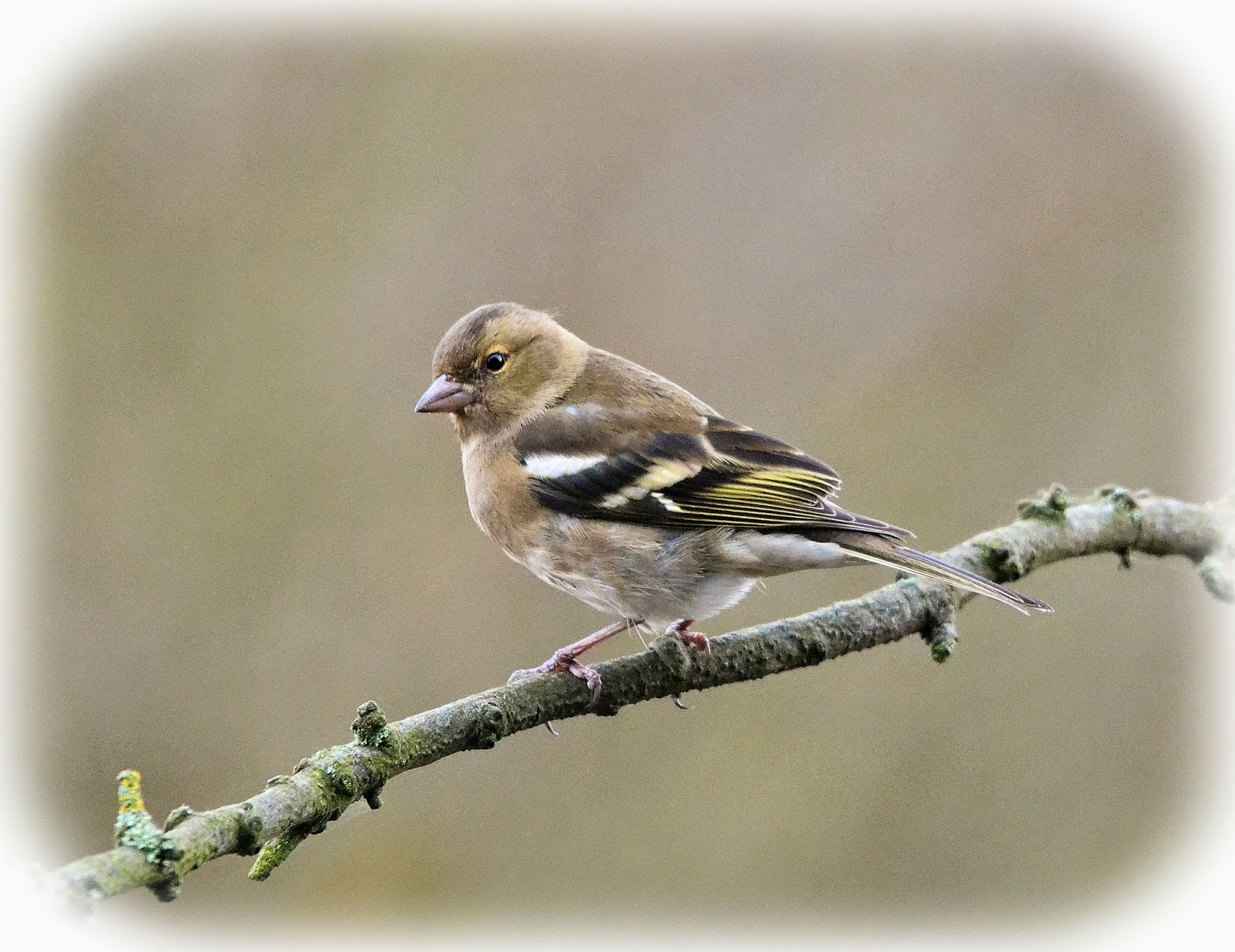 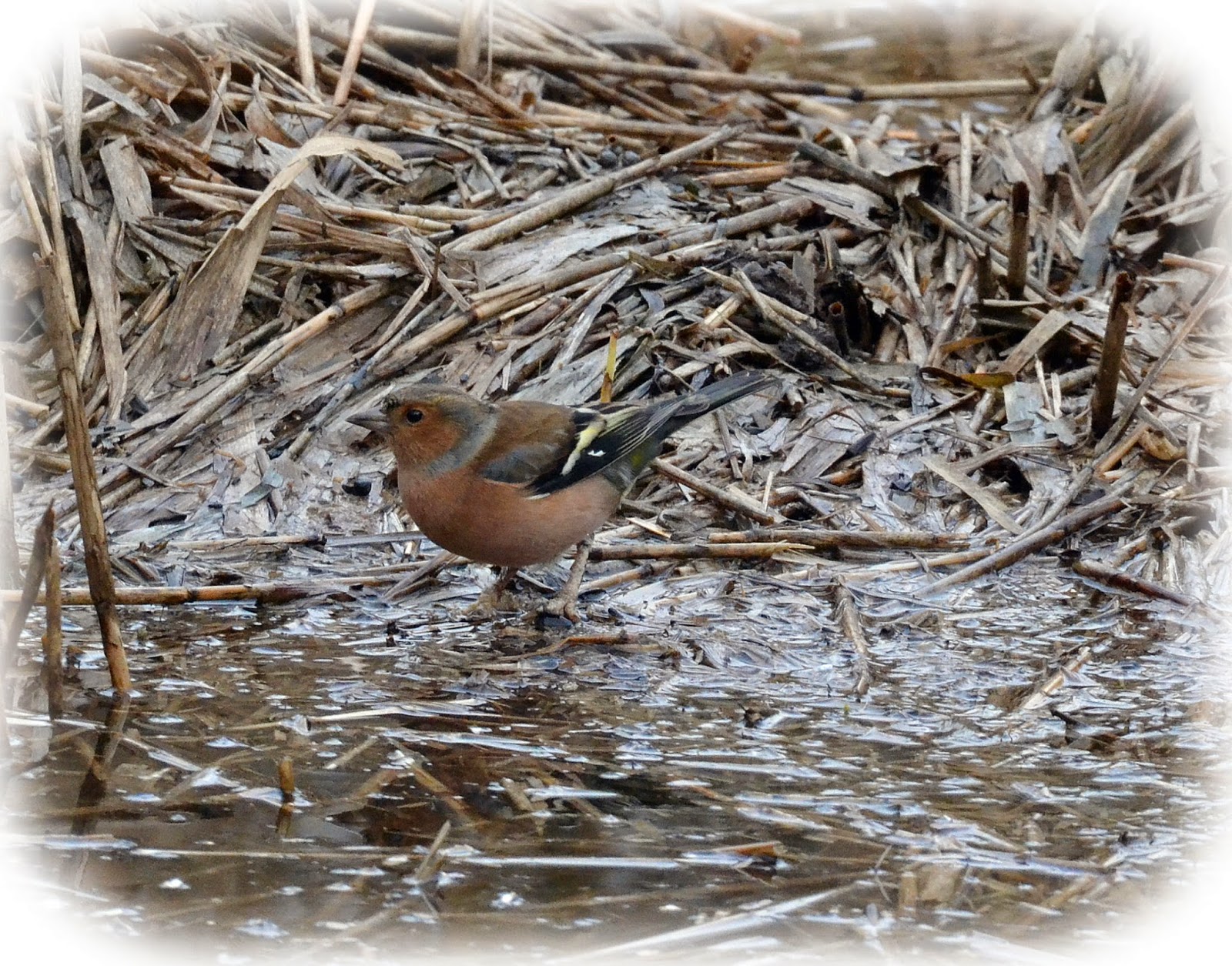 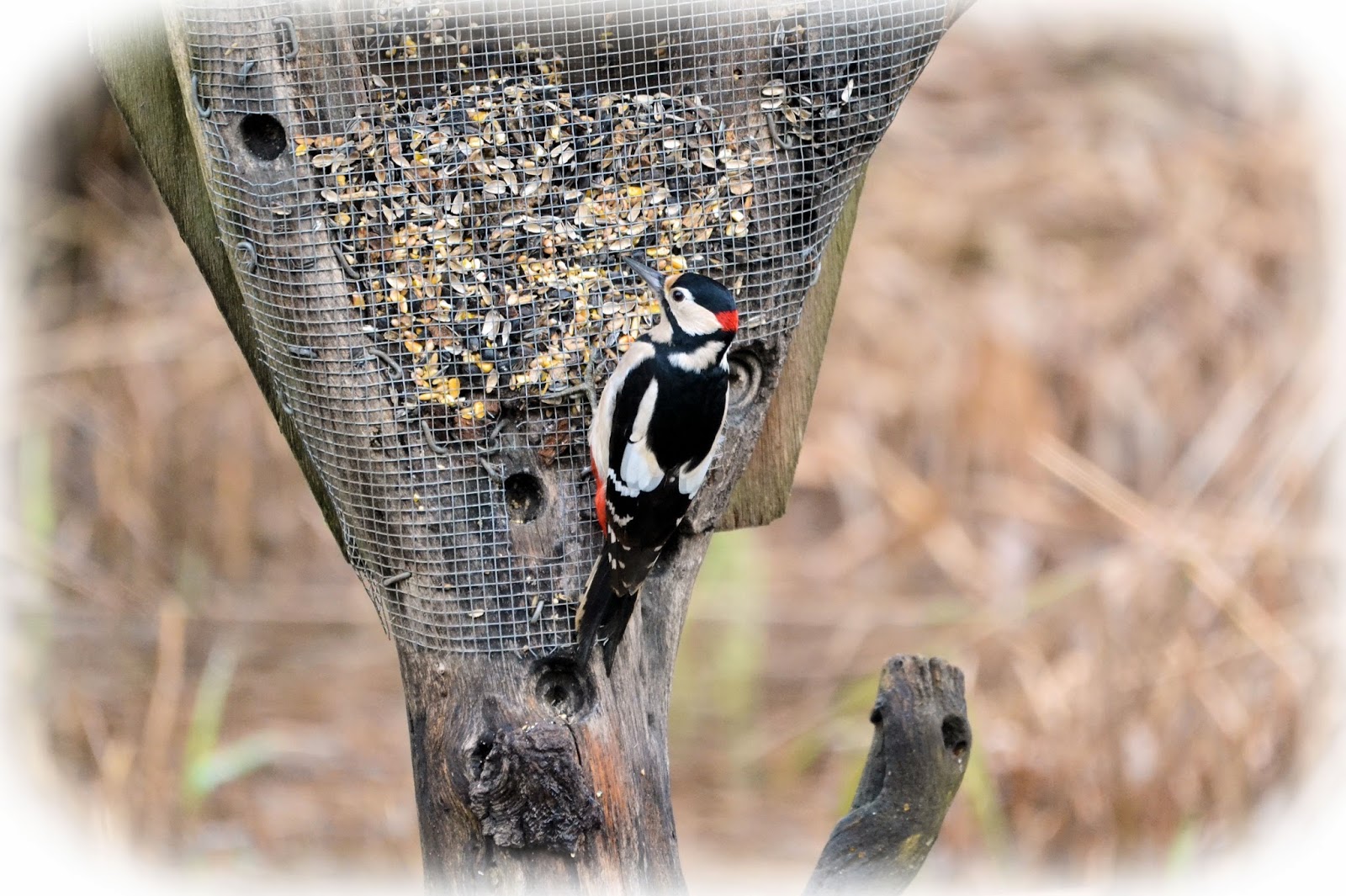 Brown Rat under the feeding station 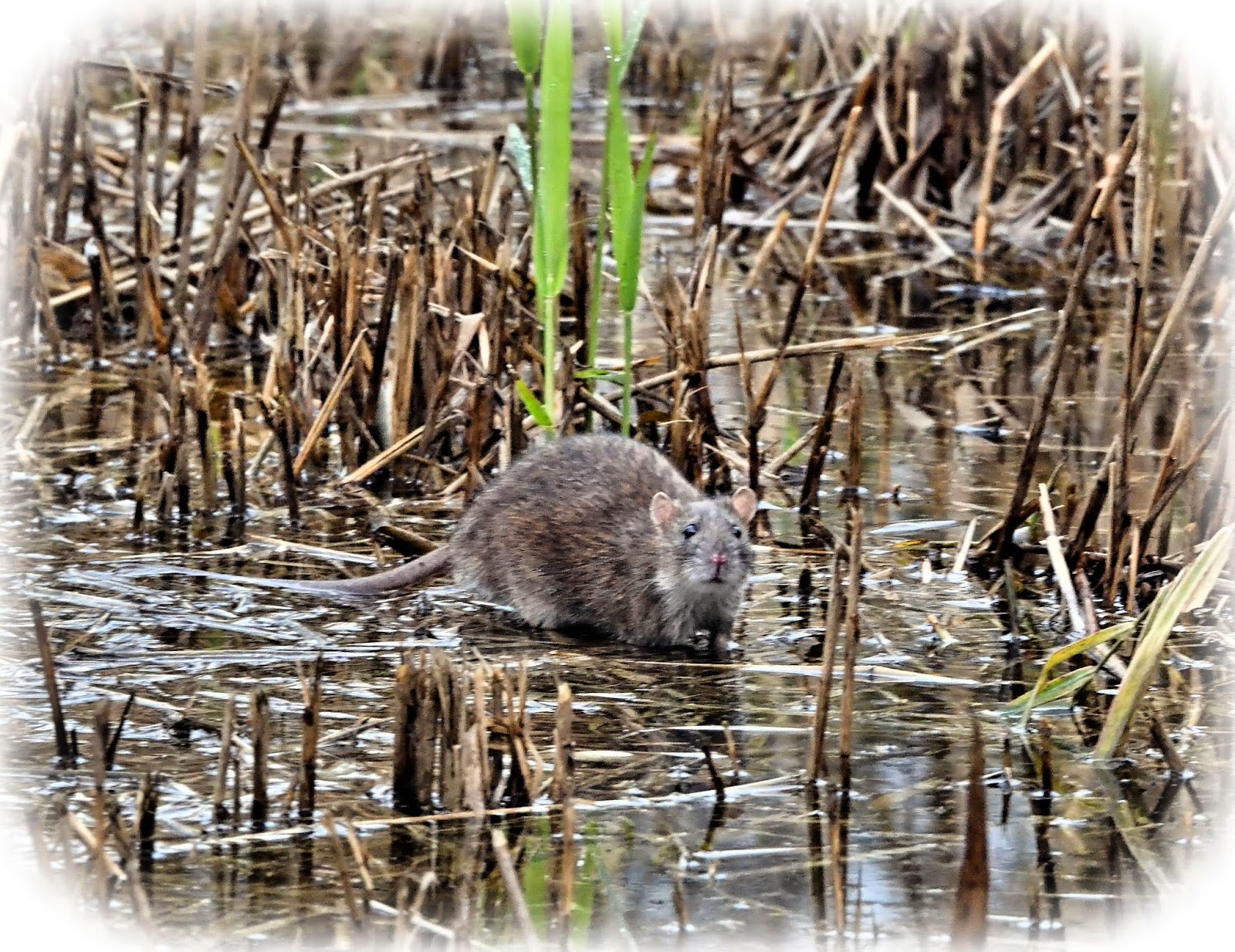 At least four Stonechats seen around the reserve. 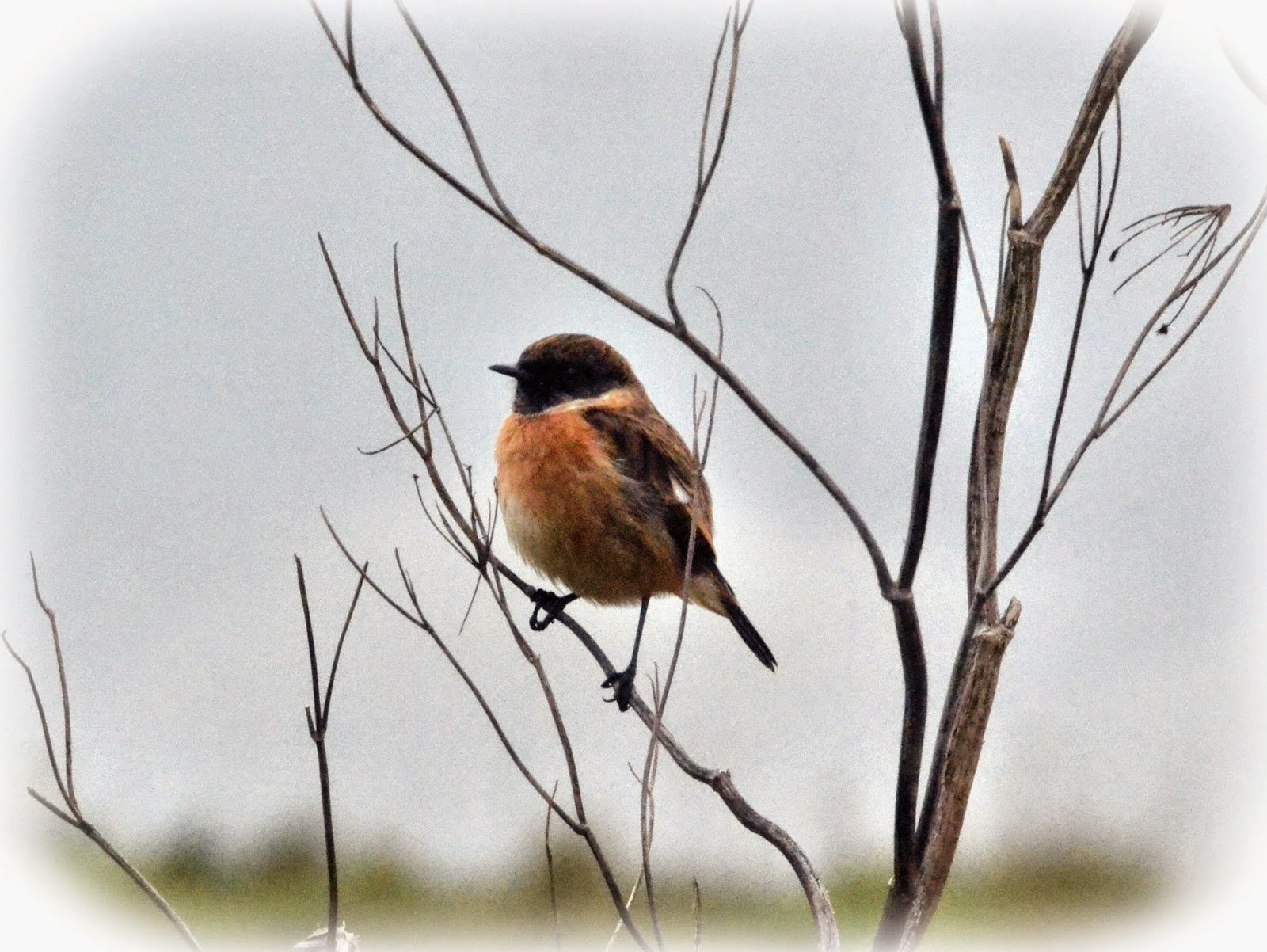 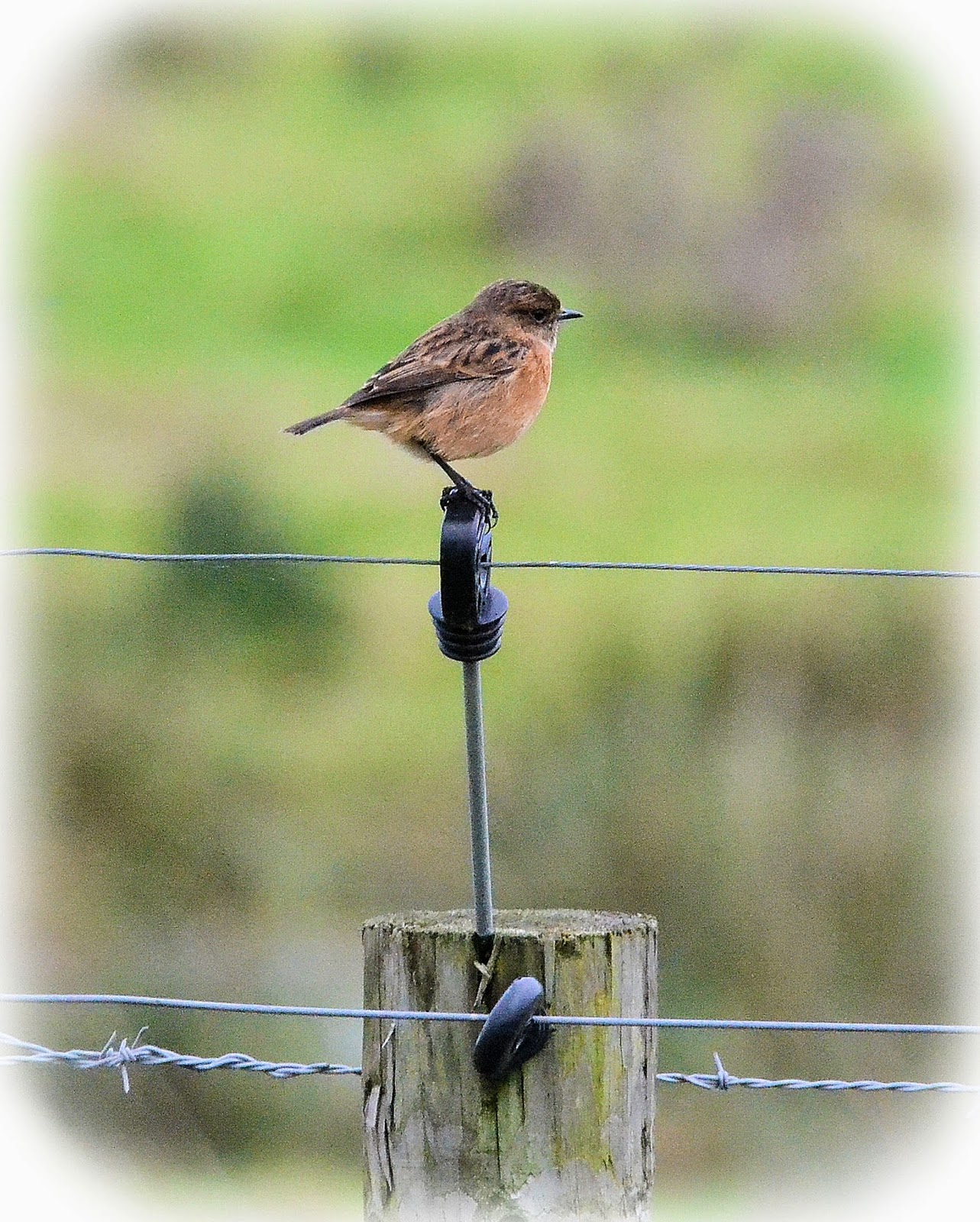 Short walk in some nice winter sunshine.
Posted by Merlin52 at 20:09 No comments: