A few nights ago I could hear the sound of gentle purring coming through the bedroom window very similar to a contented cat which I couldn't quite place, it was definitely coming from the garden,
and our cat was asleep elsewhere.

The next morning the culprit became clear, a huge amount of frogspawn had been laid within our pond, the male frog was still clasping a female with several other suitors waiting in the wings, and it was one of these suitors that suddenly started making the noise I had heard in the night,
a sound very similar to short bursts of purring.

Certainly did not sound like croaking which is the sound I would have expected. 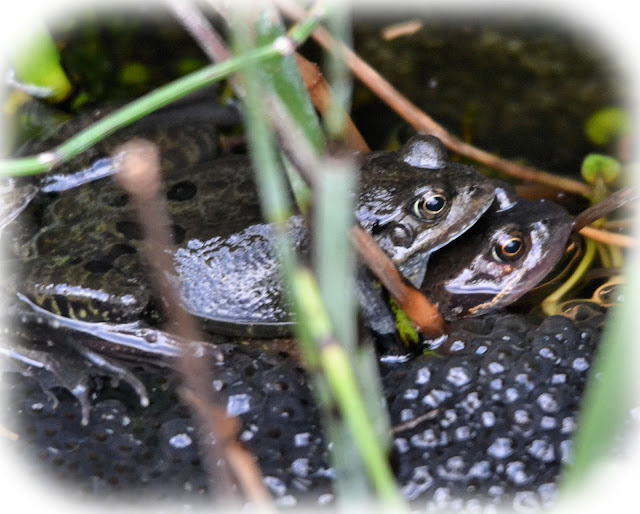 Spawning usually commences  between mid March and late June, but usually April, so the 22nd February seems quite early, another indicator of the mild winter most likely. 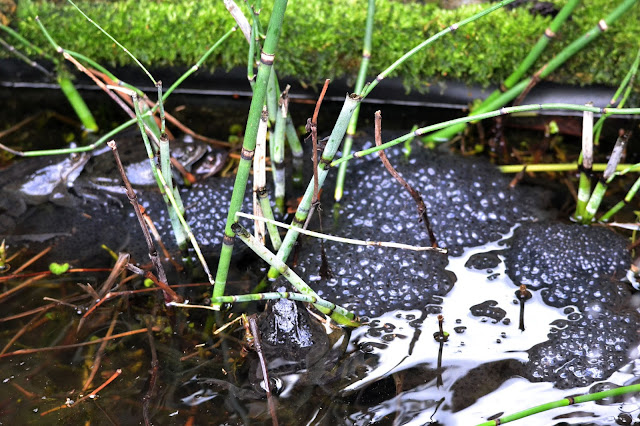 I noticed at least six or seven Common Frogs within the pond, the females are supposed to leave the pond once they have laid their eggs, the males look for another female to mate with.

Within three or four days it is said that all the females should have laid their eggs,
and the males will disperse.

A fact I can relay to my wife who is no great fan of the Common Frog or any other frog come to think of it.

It's not often I get to see the Northern Loon or as its better known here in England ,
the Great Northern Diver.

Looking back at my sightings record this would be the ninth sighting I have seen in about thirty years, and most of these have been juveniles on inland lakes during the winter.

So I thought I would make the effort to visit the long staying juvenile down at Chatham Dockyard, it's been in residence on number two basin since early December, and really not that far from me as the crow flies, so to speak, so an overdue visit was on the cards.

It wasn't hard to find, sat there in the middle of the dock, where it was very reluctant to leave, preening and occasionally stretching its wings, no diving in the short time I was there .

Always distant, each time I decided to move around to the other side of the dock, for a better view, it appeared to drift away just that little bit back towards the direction I had moved from, very frustrating. 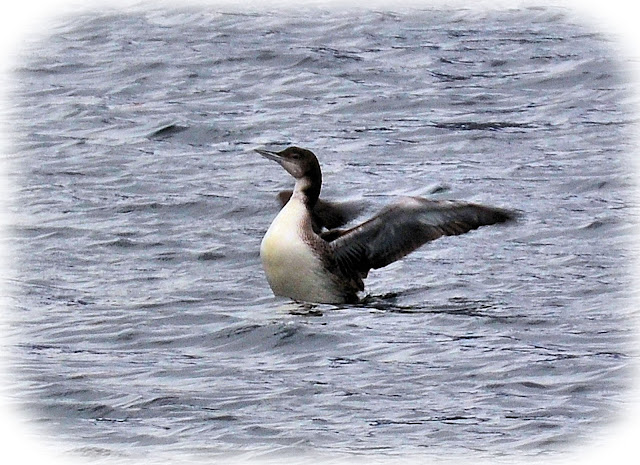 Good views through the binoculars, just to far for my camera lens, so here's some distant shots that have been heavily cropped, hence the fuzzy look to the photographs, that's my excuse,  but you can make out the distinctive steep forehead that separates this diver from the Red throated  and Black throated Divers which you sometimes see around the coast. 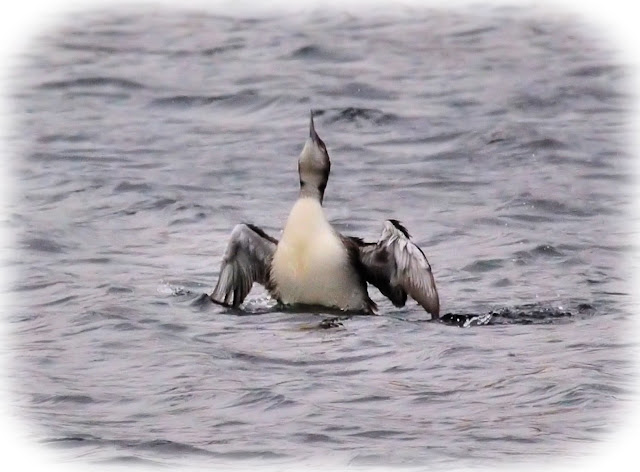 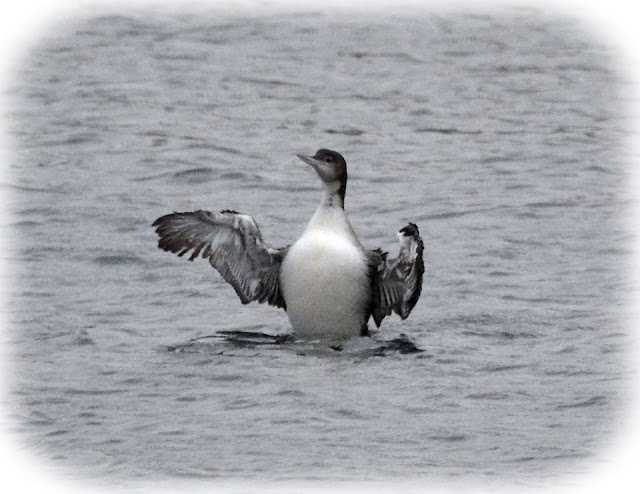 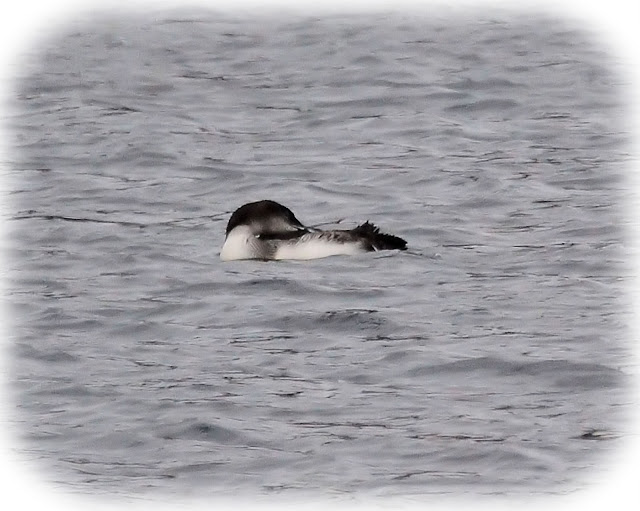 Nice to reacquaintance myself with this scarce Loon.
Posted by Merlin52 at 19:59 No comments: