It's been a long hot summer here in the south, and as the season moves into Autumn, a variety of birds are starting to revisit the feeding station around the Pear tree.
The decision to keep the feeders well stocked through the summer months has certainly paid dividends for the local House Sparrow population, a regular flock of up to twenty six individuals has spent a lot of time around the garden, sunflower hearts a particular favorite, the pond providing a favoured bathing option and an ivy covered tree providing a safe nightly roosting spot.
A Dunnock has been seen occasionally skulking around the back of the pond. 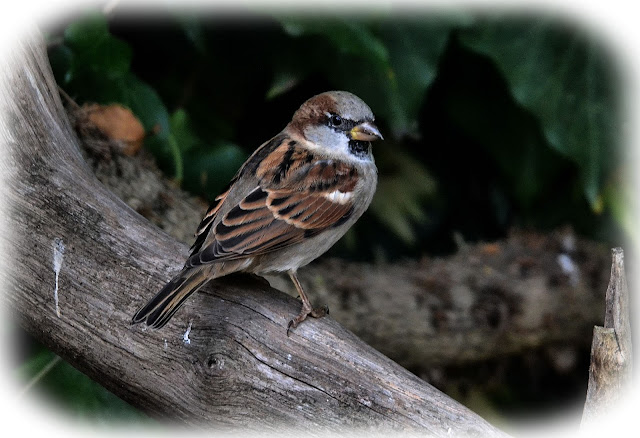 The pear tree crop has been very poor this year, probably due to the attention the Ring necked Parakeets paid to it in the early summer months when the young pear buds were decimated, but as most of the pears are usally unreachable I can't complain, we love watching the antics of the Parakeets as they arrive on the pear tree, can't imagine the garden without them now. 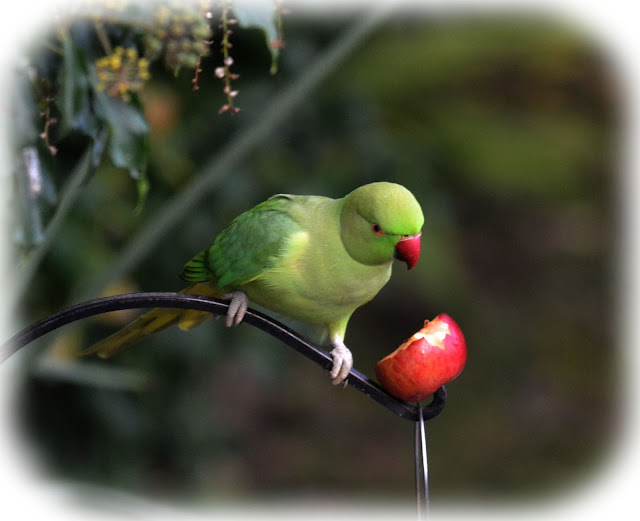 The Goldfinches are returning to the feeders in higher numbers now, always appearing quite aggressive to each other as they bump each other off the feeding perches . 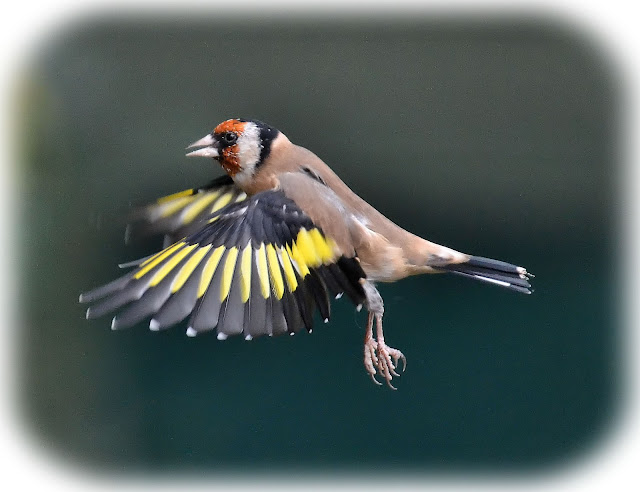 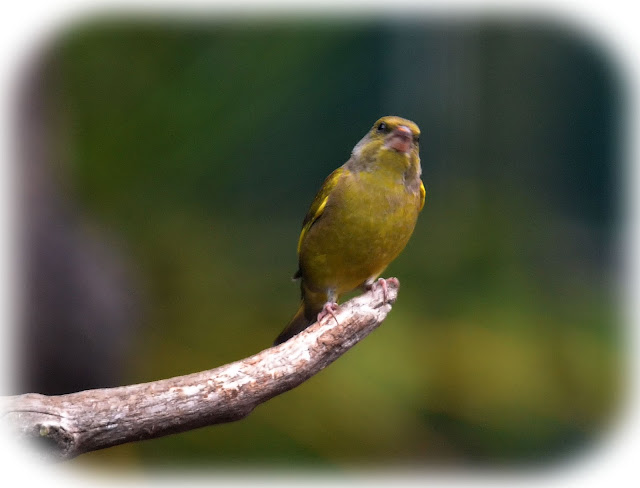 Most of the Starlings have now transformed into there adult plumage looking very smart in the sunlight, adolescent squabbling still continues.

The Juvenile Robins of the summer appeared to have dispersed with just one Robin remaining seen most days.

Not since last winter has the Great Spotted Woodpecker been seen, but now revisiting and seen twice now on the Pear Tree and the peanut feeders, a welcome return.

Daily visits by a pair of Great Tits continue, with Blue Tits not far behind. 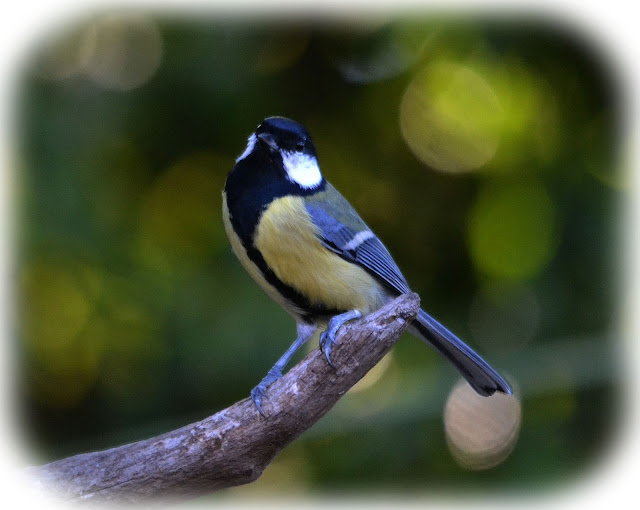 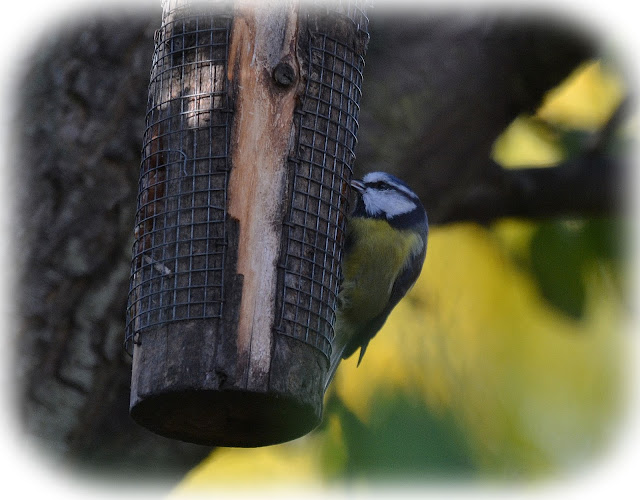 Several Blackbirds still chasing each other around the garden,  the collared doves appear very territorial with some very aggressive  behaviour shown to intruders to the garden I presume.
Carrion crows are using the uppermost branches as an observation post before they launch there aerial attacks on the passing magpies,  I have heard Jackdaws calling as they pass over the garden, apart from one alighting on the roof chimney none have ventured into the garden.
the windfall apples have not attracted any Blackcaps yet, these usally appear at some point in the winter months.

The ivy in the garden has attracted large numbers of Bees, especially Ivy Bees, a few late unidentified Bumblebee Queens have been seen. When the sun shines up to three Red Admirals have appeared around the ivy, but temperatures are dropping fast now. 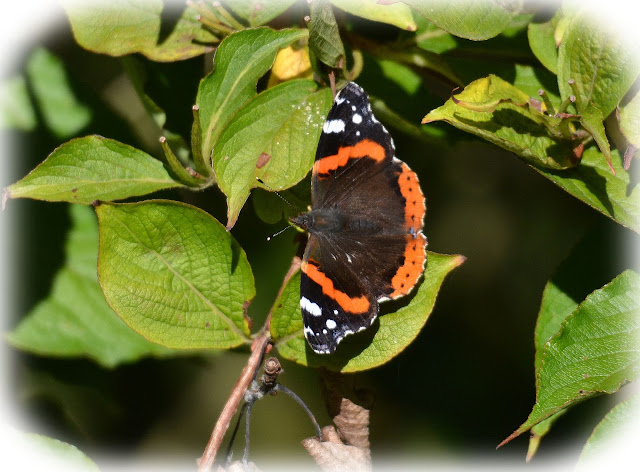 This young mouse has managed to find away onto the feeders using its " mission impossible skills"  my wife will not be happy with this visitor so a few more hazards required to discourage him. 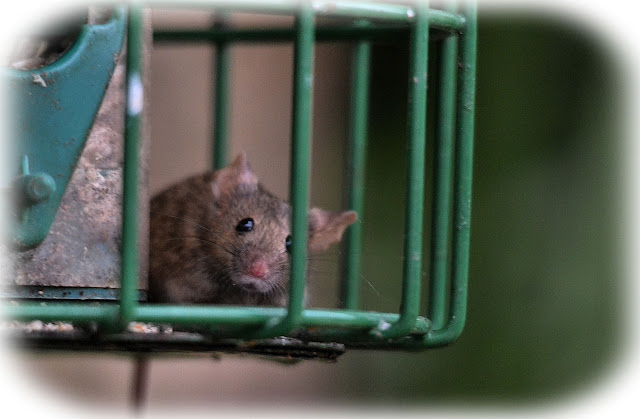 I am hoping for some more unusual visitors to the Pear tree this year, as autumn turns into winter.
and my new observation post brings me closer to the feeders.