Wildlife in the garden

I thought I would put together some photographs and observations of the wildlife seen in the garden over the last few weeks of summer. 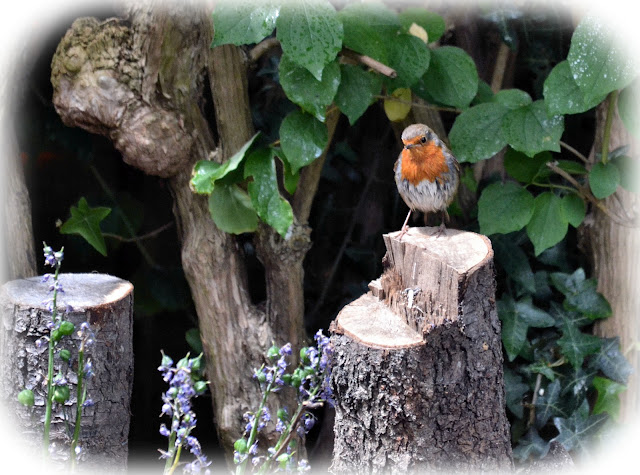 I have often listened to those stories, usually told by old gardeners, of the Robin that sits on the garden fork while the flower beds are dug over, like an old friend.

Well I have an old friend now, these last few months I have often had that feeling that I was being watched, especially when digging around in the garden, often as I have looked up, there it is, sitting on a branch very close by, sometimes unusually close by, he makes a quick grab of an unseen morsel and flies off.
I don't know where they are nesting, but two broods have been successfully reared this year, the occasional sighting of a juvenile skulking around under the garden shrubs have been seen.

I love watching the male court the female, re-establishing their pair bond, often taking sunflower hearts from the feeders and flying to the female offering the food.

The most unusual and surprising event was watching the male Robin flying around the garden with a very large green caterpillar in its beak, he tried to offer it to the female, she seemed uninterested, as he flew from branch to branch with his prize, a Great Tit flew down beside him, snatched the caterpillar from his beak and flew off with it, the Robin just sat there. Its passiveness was quite surprising when you take into account its aggressiveness shown to any rivals that enter their territories

This Wren was a very unusual visitor to the garden, I caught sight of something moving through the ivy at the back of the pond, which finally revealed itself to be a juvenile Wren, soon disappeared again.

A few days later I saw this adult Wren taking a drink from the bird bath, maybe they nested close by.

The House Sparrows seemed to have had a good breeding season this year, the number of broods visiting the garden and the feeders, certainly belies the reported decline in their numbers.
A pair of Hedge Sparrows or Dunnocks as they are now called seen occasionally.

Heres some of my favorite photographs. 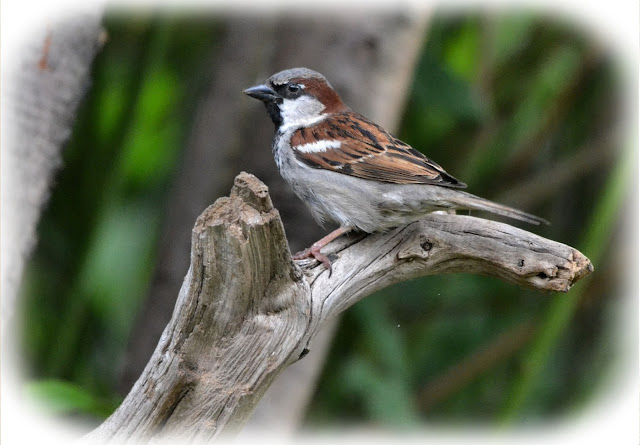 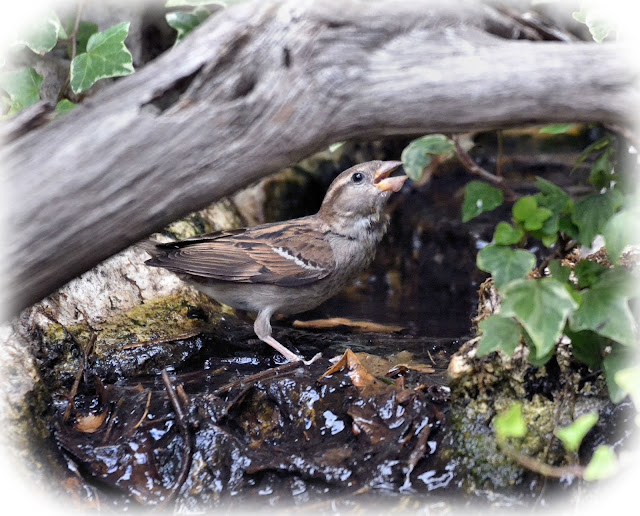 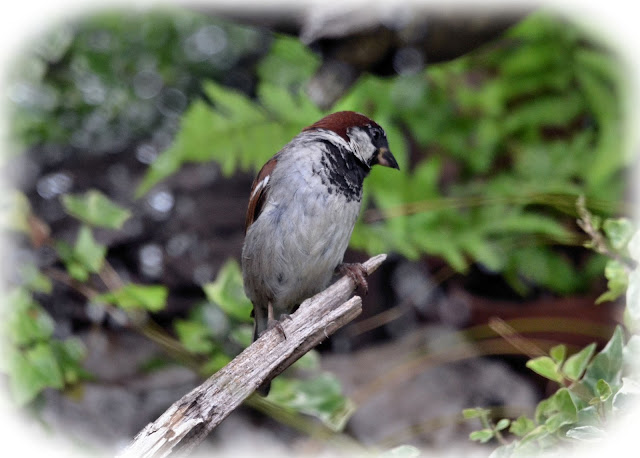 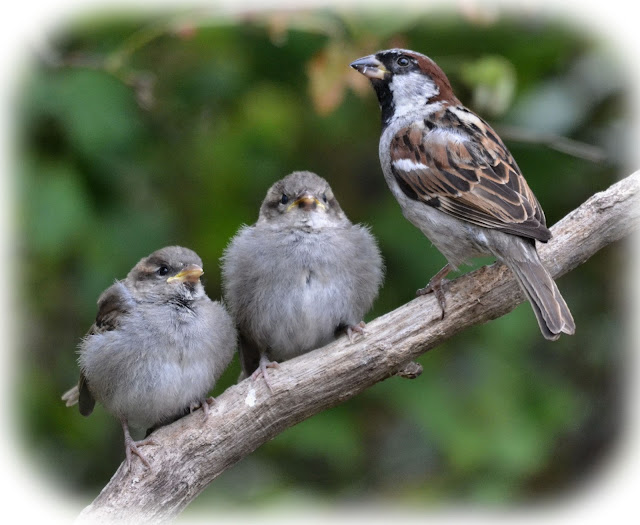 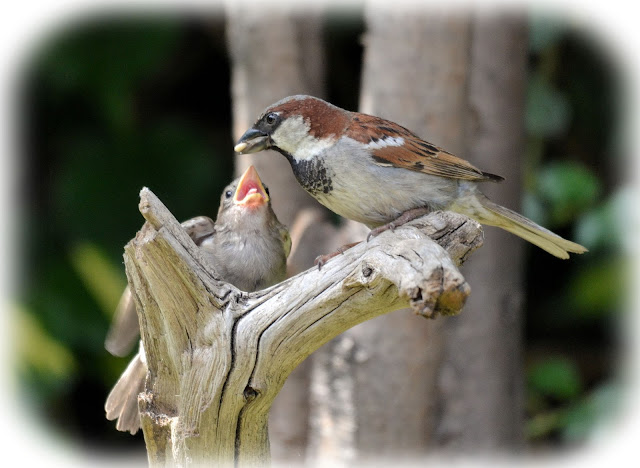 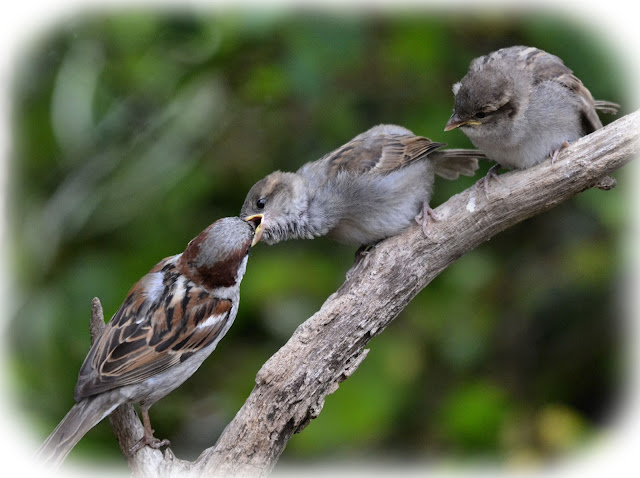 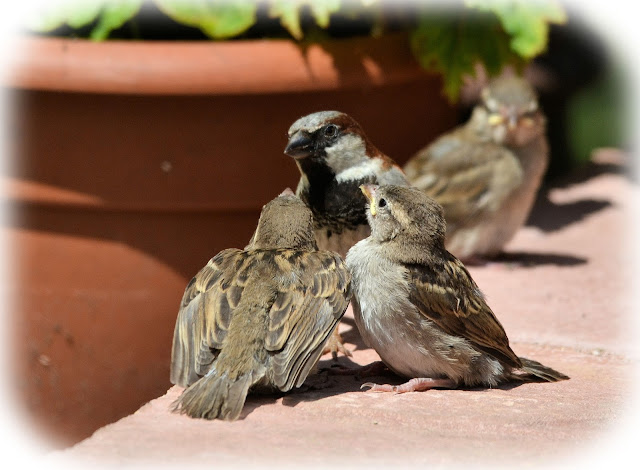 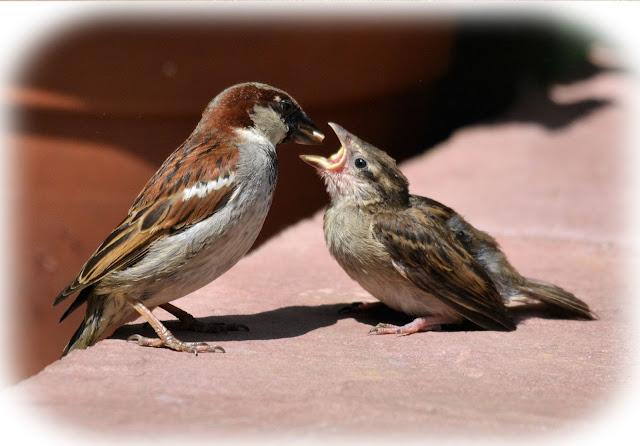 Plenty of Finches still visiting the garden, Goldfinch, Greenfinch and Chaffinch, the Greenfinches appear to have overcome their initial shyness and happily feed in my company. 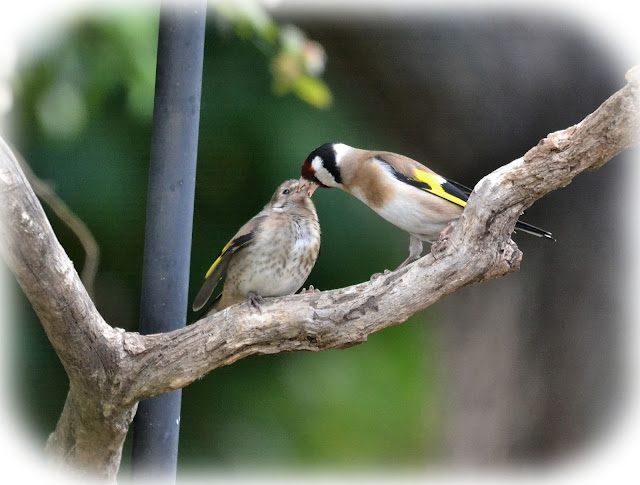 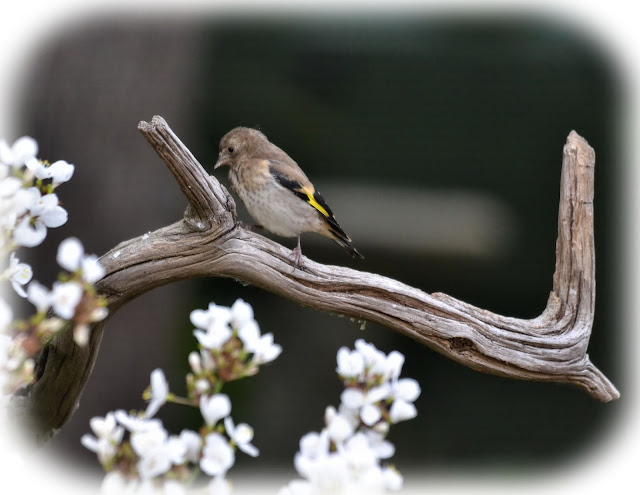 Great Tits are coming to the garden feeders as regularly as the Blue Tits, they too, seem to have overcome their initial wariness.


Ring -Necked Parakeets are now feasting on my pears. 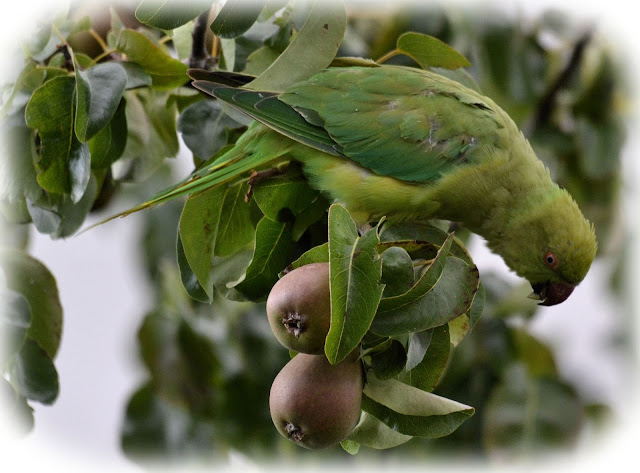 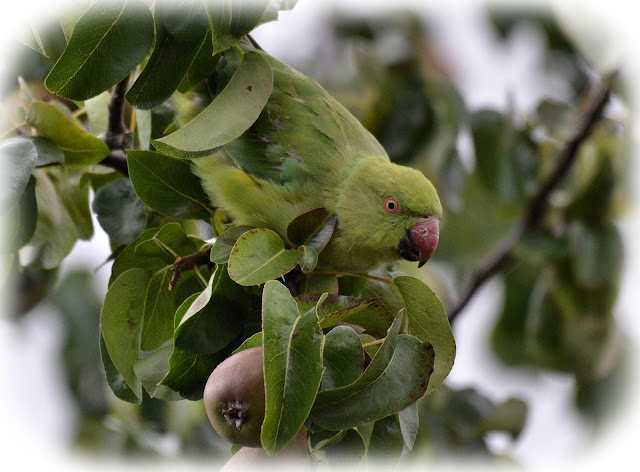 Other birds noted have included the regular Collared Doves, Wood Pigeons which are now nesting in the Wisteria over the front entrance door, the occasional Magpie, the Blackbirds and Starlings.
The Sparrowhawk has reappeared and has made at least three attempts that I have witnessed to snatch a meal from the pear tree, so far unsuccessfully

It was about this time last year, when I was fortunate enough to be able to photograph and study a very nice male Greater Stag beetle, an unwelcome guest at an evening party.

The weather has been very humid and sultry these last few days, perfect Stag Beetle weather,
My evening walk with my dog takes me past a very busy roundabout, lots of pedestrian traffic lights, lamp posts and neon signs from the local Sainsbury's superstore, surrounded by trees

I am pretty sure that a few years ago, while watching one of those Attenborough wildlife programmes, in which they concentrated on a similar looking beetle called the Rhinoceros beetle or Dynastinae, they spoke about its attraction to bright lights, as it flew on one of those hot humid evenings in search for a female.

May be coincidence, but the last few days I have encountered a male Greater Stag with some pretty impressive mandibles, this was making its way off the traffic island towards the road, lots of bright flashing lights, a quick rescue was put into place and a release in the safety of the wood pile in the garden, Still there in the morning so a few more photographs were taken, a few hours later and it had disappeared.

The next night a female Greater stag was seen, making its way along the gutter of the road, another rescue, this time released into some nearby tree's. 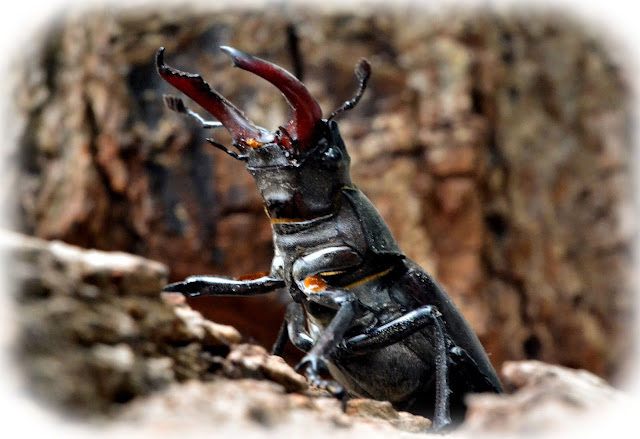 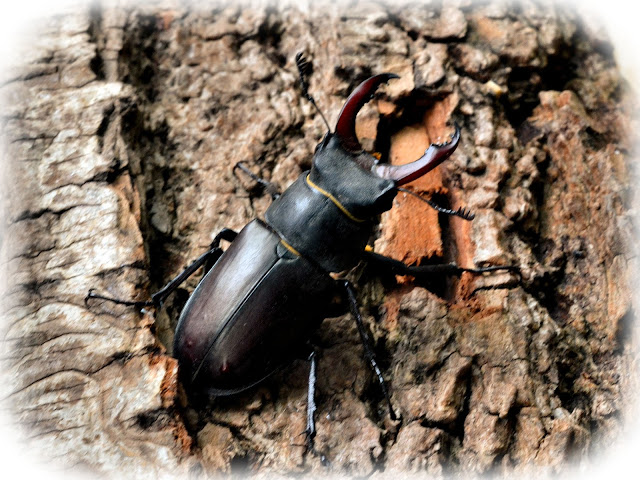 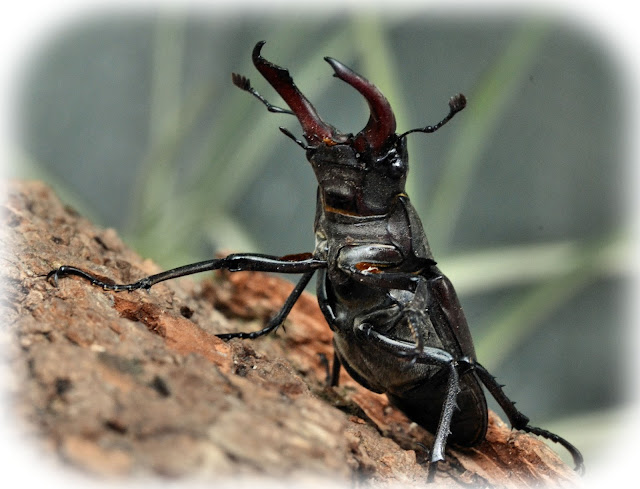 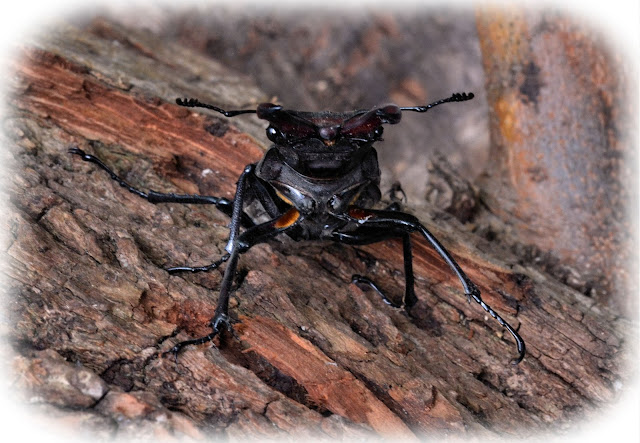 Always impressive when you meet one of these little beauties !.