Still trying to catch up on my wildlife reports, and I'm failing miserably.
It's now October and the start of the "rutting season " for me that means a return trip to Sevenoaks and Knole Park to watch the Fallow Deer Bucks strive for supremacy on Echo Mount and bragging rights with the hinds. 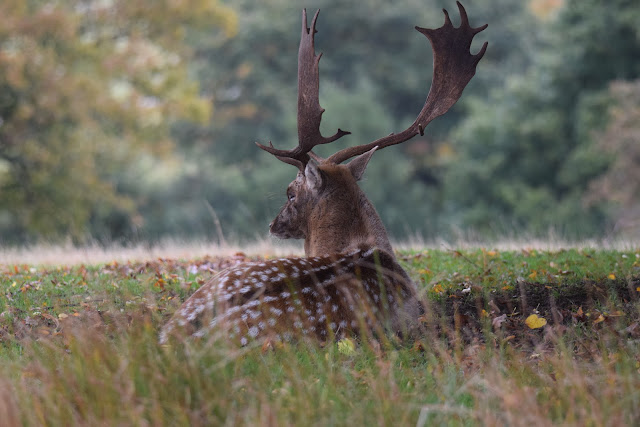 It's great to watch the action here, it can appear deceptively peaceful  with the bucks resting around the small stand of trees at the top of Echo mount, a few Bucks will strut around there bellowing mating call attracting the female hinds to the mount, the high point of the park. 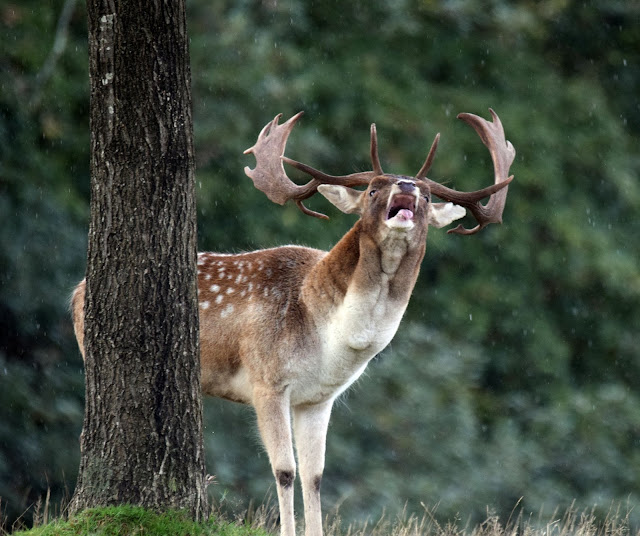 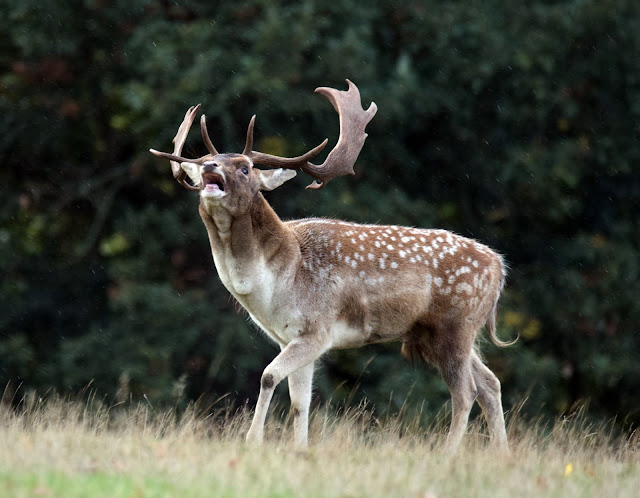 As more hinds appear, the mating calls get more intense, others join in, the Bucks chase the hinds, the older bucks begin to size each other up, you soon begin to notice the parallel walking, the foot stomping, you know that clash is coming, just a matter of seconds now, and when it happens that violent clash of antlers, it still takes you by surprise, some serious pushing and antler fencing which ends in one of the Bucks giving ground and retreating, usually chased off by the victor, and then it's quiet again, just the bellow from the victor, hopefully the hind in season is still around, mating takes place, victory is short lived, it's not long before a new challenge arrives. 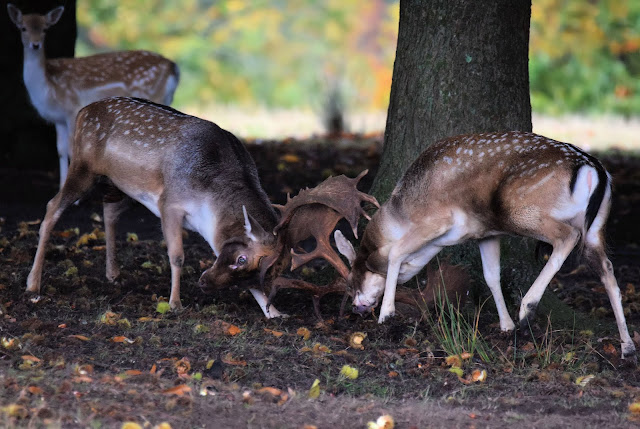 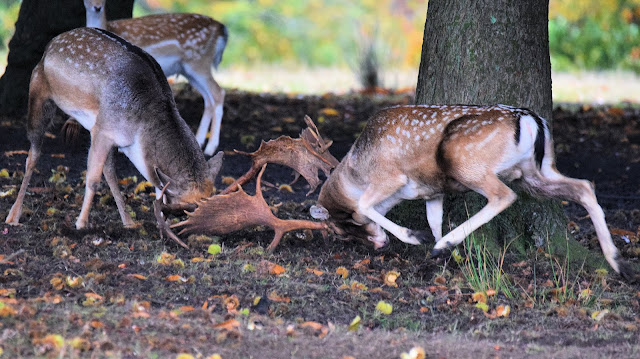 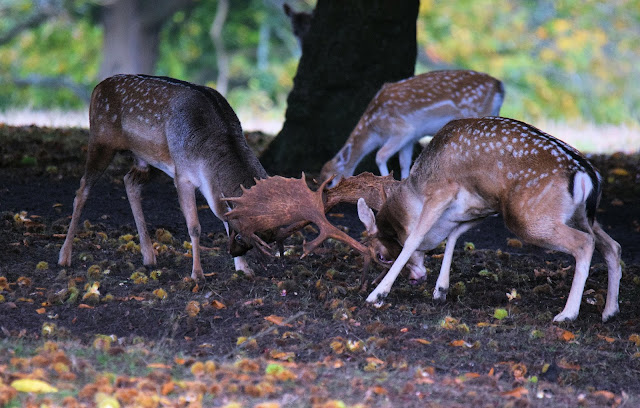 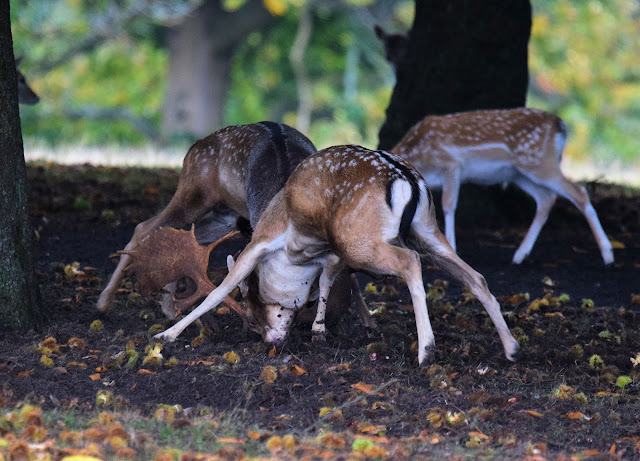 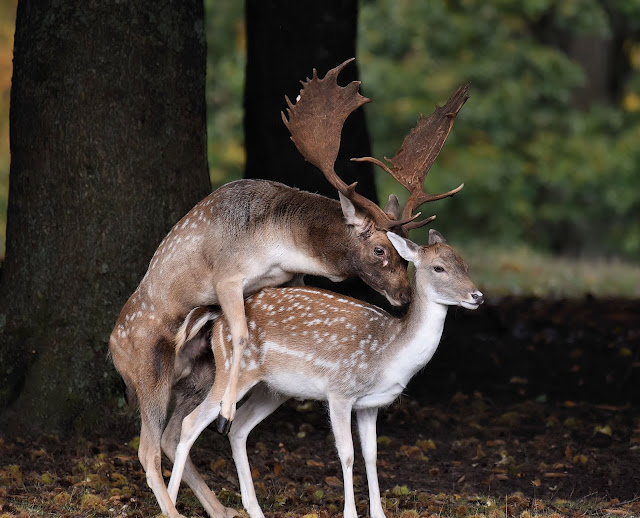 I watched a couple of younger bucks with  some less than impressive antlers tentatively sparring, preparing for future battles to come, but they soon retreat at speed when one of the older Bucks approach. 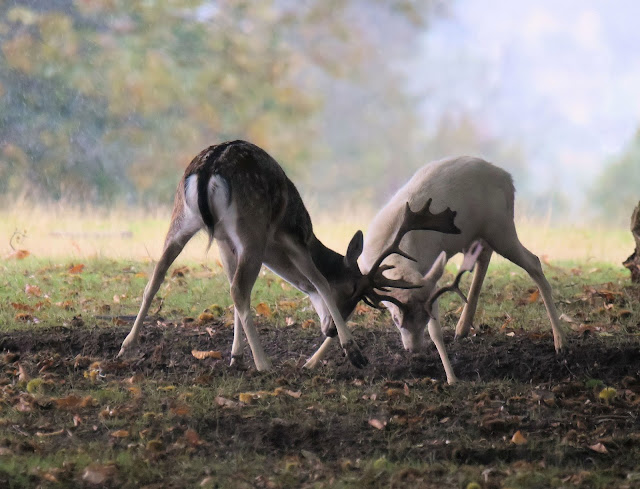