Checked out the River Darent on my way out of Lullingstone country Park, this is usally my best bet for seeing and photographing the Banded Demoiselle, but on this occasion as the Storm clouds rolled in and the sun disappeared so did the Demoiselles.

My second visit was more successful, usally I see many more male Demoiselles than I do females, but this time females were showing well.

I love watching these Damselflys especially the males as they launch themselves off the riverside vegetation to display to the females as they make an appearance.

I never tire of trying to get that perfect image of one of these Demoiselles, not quite there yet.

So far so good , pretty certain of the identification on the Banded Demoiselle.
While walking around the Woodland at Dene Park in Kent as well as the Demoiselles I am familiar with, I caught site of another which I am not so Familiar with  the Beautiful Demoiselle, although I could only snatch a quick record photo I am pretty sure of its identification. the wings had a distinctive brown hue, which caught my eye and the body was a more bottle green in colour which you can just make out from the photograph.

Not sure if this is an immature male or female.

I decided on a visit to Sissinghurst gardens a National trust property was required , as I had heard that this was a regular haunt of the Beautiful Demoiselle.

The lakes and the woodland streams was where I looked, not as easy as I thought it was going to be, lots of Banded Demoiselles there, and the Demoiselles I thought could be the Beautiful Demoiselle were not convincing to me. 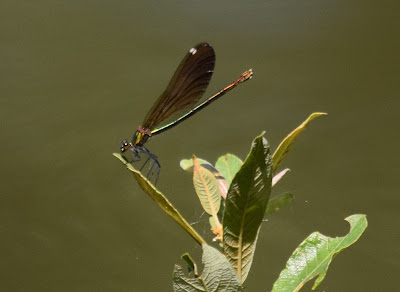 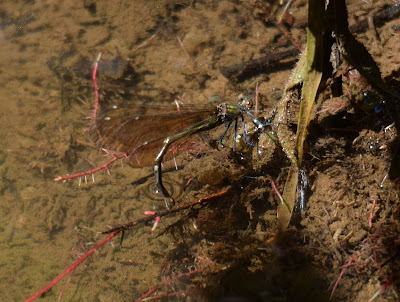 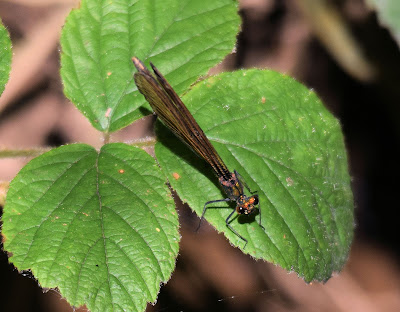 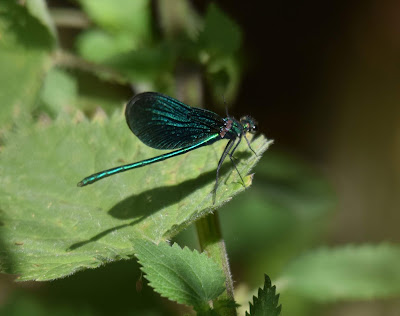 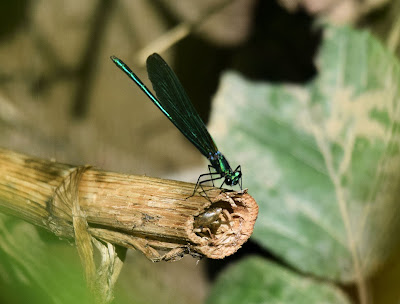 The more I look at the images the more I feel unconvinced.

If any Odonata enthusiasts out there can put me straight I would appreciate it one way or the other.