Search for the Emperor !

I still have a few Butterflies on my 'wanted list', the Emperor Butterfly sits well at the top of that list.

So with a few reports and photographs appearing on our local facebook Butterfly site I decided more effort was needed to try and see this elusive Butterfly.
The site in question was a huge wooded area called Dene Park Wood, a site I have never visited before, but I did have a hint of where to begin my search, " the dog poo triangle" ?

Well I arrived at the car park, several paths leading away from this area but fortunately I chose the right footpath and headed up the slight incline, my initial plan was to look for the sunnier aspects and hope to see the fabled Emperor come down from the treetops  to ground level where its particularly fond of "dog poo"

A complete circuit of the woods was made on the circular path I had chosen, a few Butterflies were appearing, the White Admiral, more sightings than I have ever had before. 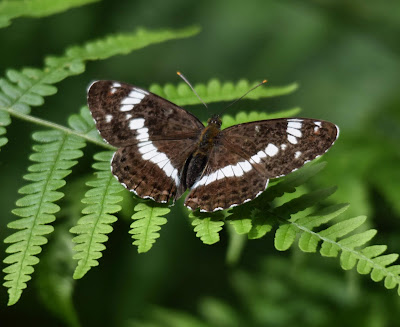 A few other observers were beginning to turn up now, I enquired about the location of the "dog poo triangle" expecting a quizzical look , but no,as it turn out all this was was a small area of grass at a junction in the footpath where a Dog Waste bin had been placed,  not far from where I was standing, I slowly wandered back to this area, still more observers were already stationed here, but no sign of the Emperor. I did get several sightings of another elusive Butterfly and one still on my wanted list, the Purple Hairstreak, these sightings were mainly flight views and no photographs obtained of that little beauty this time.

I wandered back up the footpath to a very sunny area where  even more people had gathered,  this was the area supposedly where the Emperors master Tree was situated, but still no sign of him coming down from his lofty treetop home. 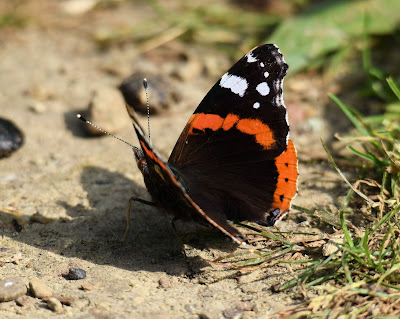 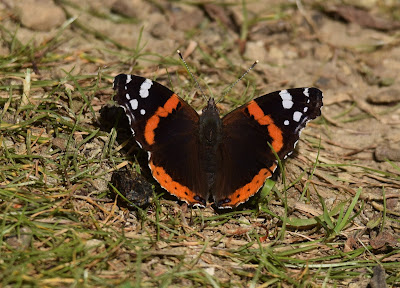 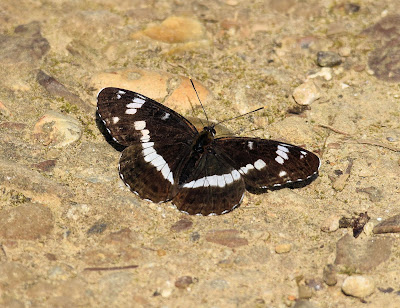 Still no sign of the Emperor, and its reported optimum time span to see this was fast approaching its end, early morning to lunch time.
A few Silver Washed Fritillaries patrolled up and down the footpath which was very nice for me  as I do not see this Butterfly that often. 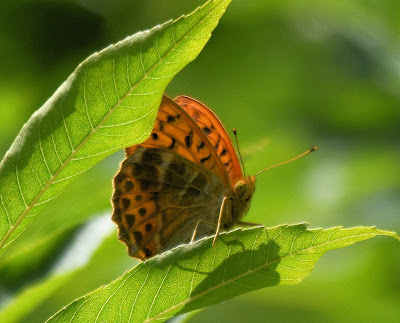 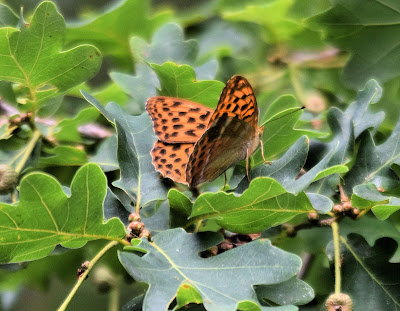 So no sign of the Emperor, its general flight time in more ways than one was coming to an end, this Butterfly will remain at the top of my wanted list and I'll try again next year.

I did manage to see two new Odonata species though on this visit which I was very pleased with, the first was the White-Legged Damselfly, both male and females seen. 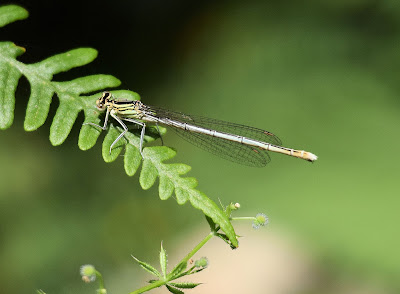 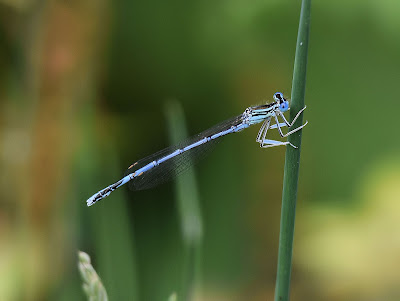 And a completely unexpected sighting of a male Beautiful Demoiselle, a very brief sighting a little to high in the trees for a decent photograph.

All  in all, a good day despite not seeing the Emperor Butterfly.
Posted by Merlin52 at 07:03