More of the Blues !


The Chalkland Blue,  as its name suggests a chalk grassland speciality and another Butterfly that I seemed to have overlooked. I have been waiting several weeks now for this species to show itself, and finally at Queensdown Warren they appeared, this apparently one of there favoured localities, usally making an appearance in the last weeks of July.


They like the short grasslands of this old rabbit warren site, set on a south facing hillside. I had managed to see the Adonis Blue at this same site earlier this year, this Chalkhill Blue is much the same size although much paler in colour and those distinctive black borders give it a very attractive look. I took so many photographs it's hard to know which to post but here are some of my favourite shots. 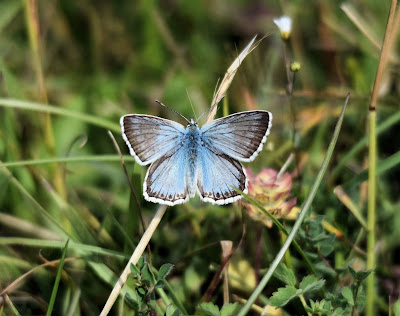 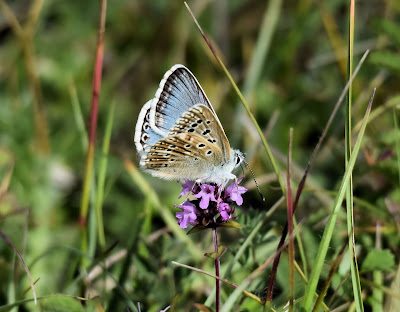 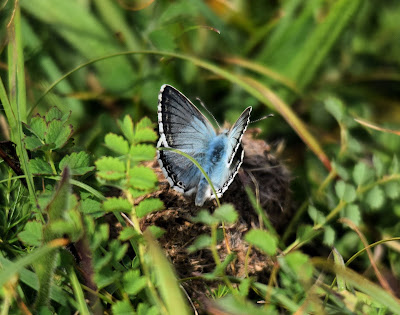 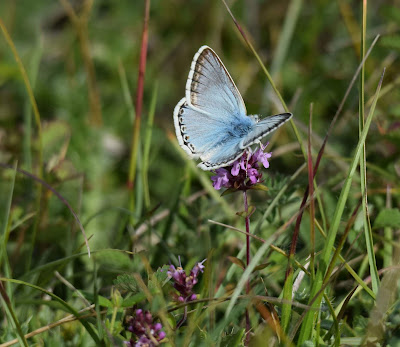 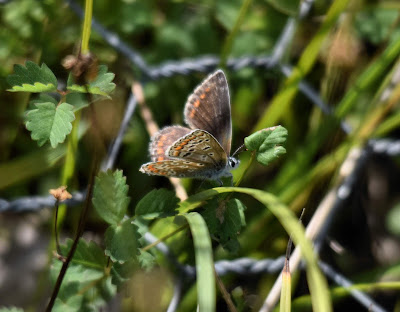 This is my third new species of Butterfly this season, very happy to see this one, not particularly rare, just need to go the right habitat at the right time.